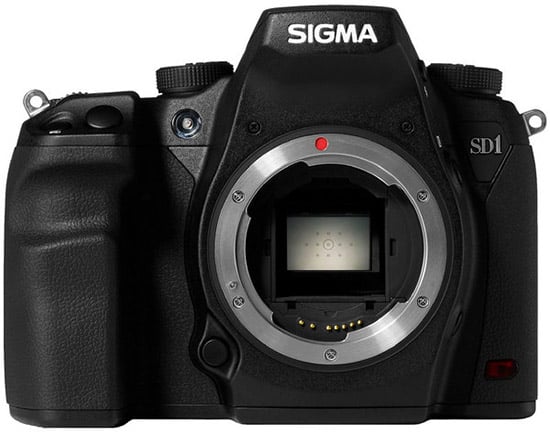 Apparently Sigma worked so hard on ensuring image and build quality on its new flagship SD1 DSLR that they forgot that overlooked the fact that video recording is pretty much a standard feature on new DSLRs these days. We forgive them, because they’ve included a 46-megapixel Foveon sensor that uses 3 stacked sensors of 15.3 megapixels each to capture red, green, and blue light. The resulting images are 15.3 megapixels in size with color resolution that’s superior to traditional sensors.

The camera also has a rugged magnesium alloy build, a 3-inch LCD screen, 11 autofocus points, 98 percent and viewfinder coverage. It’ll arrive in February next year at a price that has yet to be announced. If you’re looking for a rugged DSLR and don’t care about things like Live View or video recording, then you might want to add the SD1 to your list.