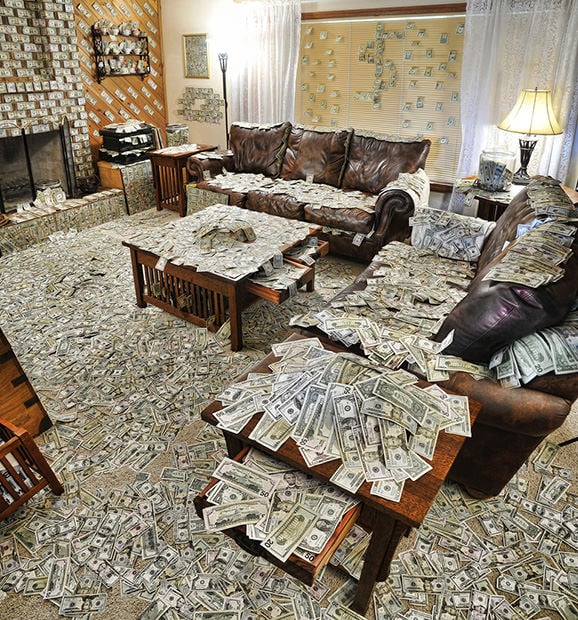 Evan Sharboneau over at Photo Extremist shot this crazy photograph of “a room filled with an obnoxious amount of money”. It wasn’t shot with a truckload of cash, nor was it created using CGI. Instead, Sharboneau used $871 in cash — a total of just 29 separate bills. He spent 4 hours photographing the room 170 times with the money placed in different locations in each frame, and then spent 5 hours merging all the photographs together in Photoshop. You can find Sharboneu’s video tutorial on this cloning technique here, and a tutorial we published a while back here.

A Room Filled with an Obnoxious Amount of Money [Photo Extremist]