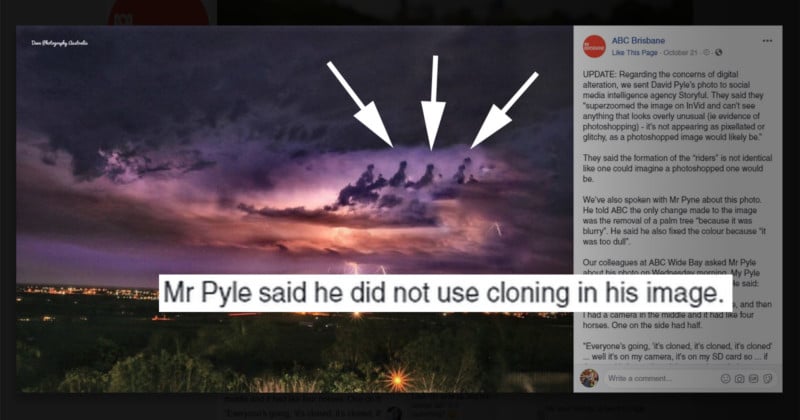 An Australian photographer has sparked a bit of a controversy after one of his photos featured by a major media outlet drew accusations of Photoshop manipulation. The photographer responded by denying that he cloned the main subject of his photo, but his untouched photo seems to tell a different story.

It all started on October 22st after ABC Brisbane shared this stormy landscape photo by photographer David Pyle on its Facebook page to 124,000+ followers: 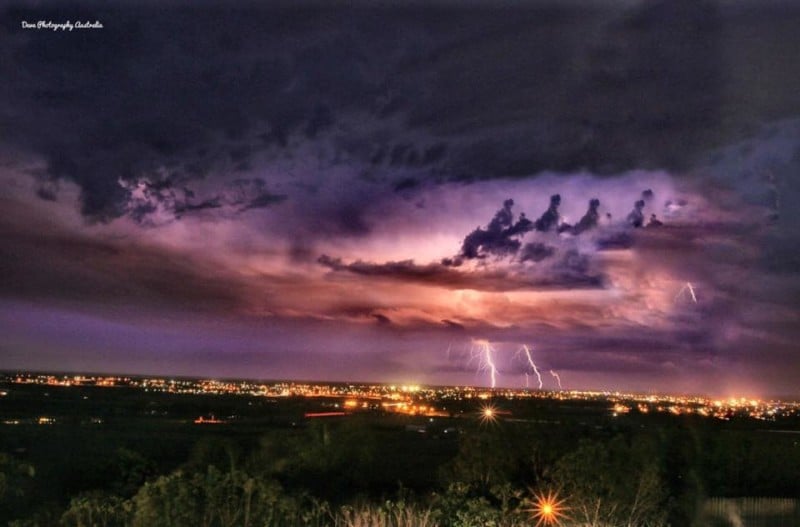 “Can anyone else see the horse riders in the clouds?” ABC Brisbane wrote alongside the image. “This was taken in Bundaberg on Sunday night.”

The photo quickly attracted thousands of Likes and Shares, but some commenters immediately began pointing out that the “horse riders” and the area around them show signs of Photoshop manipulation.

“It’s actually ridiculous how many people are sharing this photo under the belief that it’s real,” one commenter writes. “How can’t you see how heavily manipulated this image is.”

In response to the stream of accusations, ABC Brisbane posted an update the next day stating: “A few people have raised the point that this photo has been digitally altered. We’re chatting with the photographer and will get back to you all.”

The following day, on October 24th, ABC Brisbane posted the following update with the results of its investigation:

Regarding the concerns of digital alteration, we sent David Pyle’s photo to social media intelligence agency Storyful, who “superzoomed the image on InVid and can’t see anything that looks overly unusual (ie evidence of photoshopping) – it’s not appearing as pixellated or glitchy, as a photoshopped image would likely be.”

They said the formation of the “riders” is not identical like one could imagine a photoshopped one would be.

We’ve also spoken with Mr Pyne about this photo. He told ABC the only change made to the image was the removal of a palm tree “because it was blurry”. He said he also fixed the colour because “it was too dull”.

Our colleagues at ABC Wide Bay asked Mr Pyle about his photo on Wednesday morning. My Pyle said he did not use cloning in his image. He said:

“One of the shots I had was just one horse, and then I had a camera in the middle and it had like four horses. One on the side had half.

Strangely enough, Pyle seems to have published a number of different versions of this photo on his own Facebook page that appears to contradict his assertion that he didn’t use cloning.

Here’s the version he published at 11:07pm on October 21st, the day before ABC Brisbane’s feature: 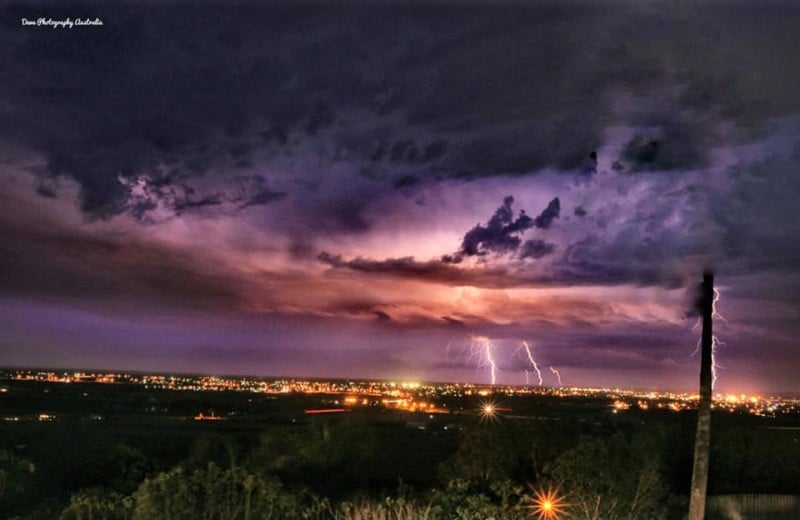 35 minutes later, at 11:42 pm, Pyle published the version featured by ABC Brisbane with the caption: “This shot got last night out off bundaberg qld it looks like horse riders in the clouds has a lightning hits down.” 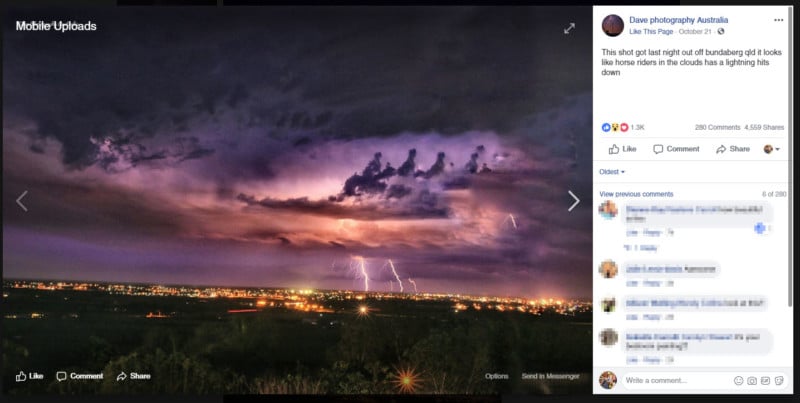 We can see that the two base photos are the same due to the identical lightning strikes, except now there are two additional “horse riders” in the clouds and the trunk of the tree has been removed.

On October 25th, the day after ABC Brisbane reported that Pyle denied cloning the photo, Pyle posted this straight-out-of-camera version of the photo: 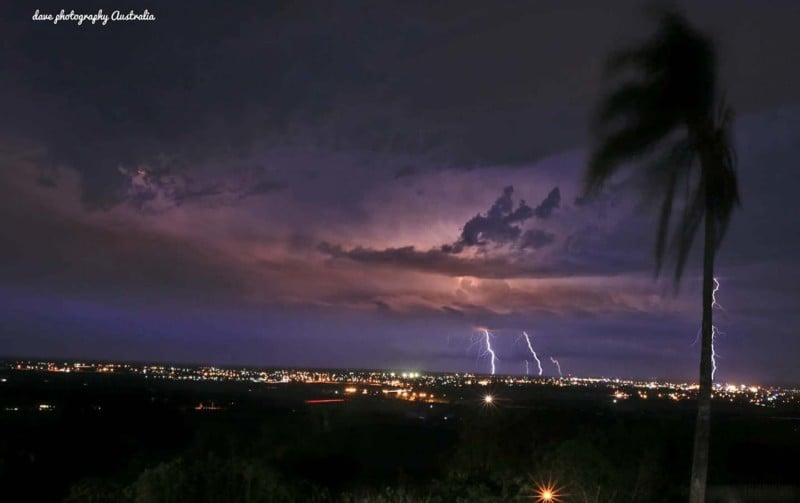 “Ok my followers this is a raw shot this only got watermark on it so you love it or some of you will hate it now there is no Photoshop on this at all enjoy and 1 1/2 horses,” Pyle writes.

We reached out to Pyle for comment, and he’s still sticking to his story:

“The picture I took with the 4 horse the only thing is missing is the tree I took out because it was blurry,” the photographer tells PetaPixel.

Perhaps Pyle didn’t technically use Photoshop’s Clone Stamp tool in editing out the tree in his photo, but from his admission that his original photo only had “1 1/2 horses,” it seems clear that the “horse riders” in the feature photo were “cloned” one way or another.

ABC Brisbane is apparently satisfied with Pyle’s original explanation and hasn’t posted any further updates to its Facebook post.

3 Tips for Choosing Between B&W and Color

How to Build a DIY Long-Term Weatherproof Timelapse Rig