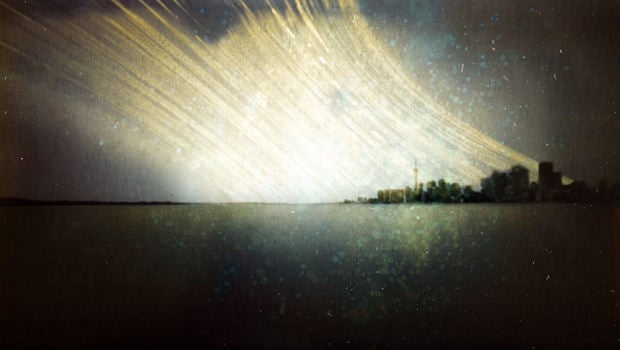 On January 1st of last year, photographer Michael Chrisman began shooting a solargraph by placing a pinhole camera in the Port Lands of Toronto and aiming it at the city’s skyline. Over the next 365, the rising and setting sun slowly exposed the photo paper inside. The total exposure time? 31,536,000 seconds. Instead of developing the image using traditional darkroom chemicals, he instead used a scanner to capture the extremely overexposed image — destroying the original image in the process — and ended up with the photo you see above. Those yellow lines you see in the sky shows the gradual shifting of the sun’s path over the course of 2011.

Image credit: Photograph by Michael Chrisman and used with permission

An Always-On Case That Becomes One With Your Compact Camera