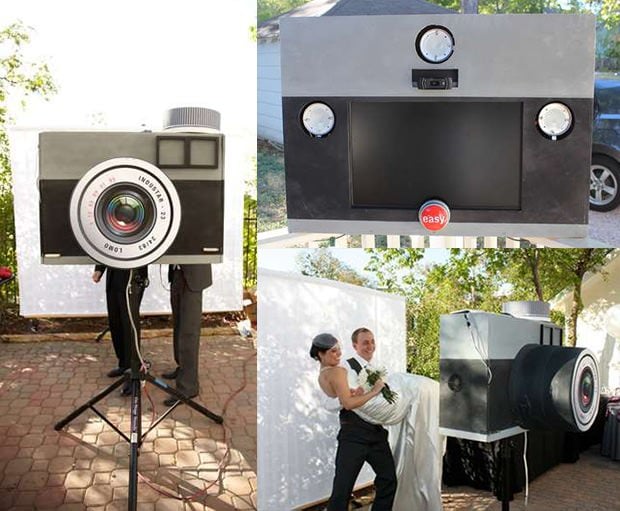 For his wedding, designer Matt Frank built this photo booth that looks like a giant Lomo camera. It comprises a Mac running Photo Booth, a monitor for reviewing photos, halogen lighting, and a hacked Easy Button that acts as a shutter release. Frank writes,

The total cost for the DIY photobooth came out to about $150. Frank has also written up a step-by-step tutorial on how it was built.

How Instagram’s Filters Came About