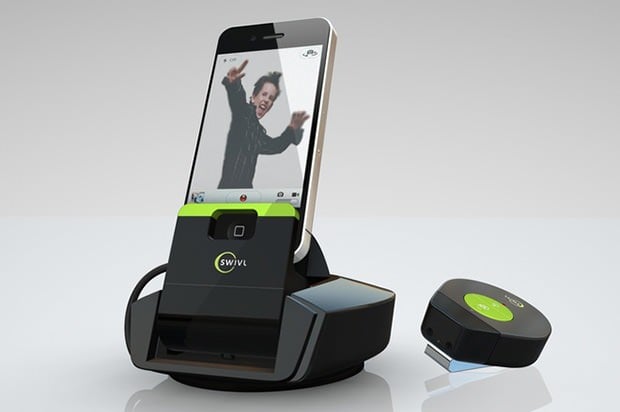 We first heard about the startup company Satarii back in January when they began raising money for a novel camera dock that offers motion tracking. They went on to raise nearly $25,000 through crowdfunding, and now the dock is official and available for pre-order. Named “Swivl“, it helps cameras follow a remote tracking marker by doing its best to keep the marker in the frame.

Here’s a video showing the device in action:

While it’s designed for video recording and conferencing, it could have interesting applications in still photography as well — especially when used with a remote shutter release or intervalometer. The base is geared towards iOS devices, but you can use any device that weighs less than 6oz and has a tripod mount. Perhaps if this launch is successful, they’ll think about making a larger one that can support larger cameras.

They’re planning to start shipping early next year, and can pre-order one from the Swivl website for $159.

Beautiful Time-Lapse of Star Trails in the Making