Editor’s note: Since we featured in back in August, Justin Jensen’s Cineskates project has raised nearly half a million dollars. Here’s a DIY tutorial by Ed Lewis on how to make your own. 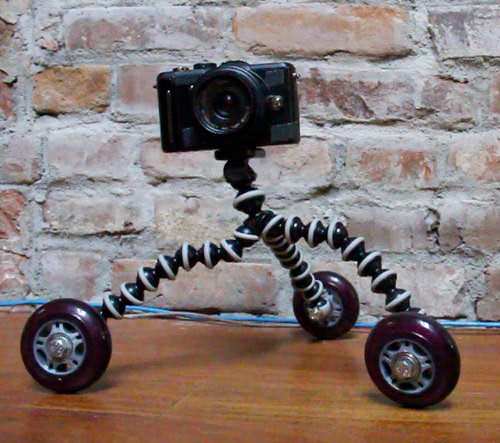 Want to get a nice dolly shot without spending a lot of money? With less than $20 and a GorillaPod you can have an adjustable tripod dolly. You can adjust the angle, the direction, and the radius for circular dolly shots. It’s also ridiculously easy to make. With all the supplies and tools, the build time here is less than 10 minutes.

This project may look familiar. That’s because it’s based off of the CineSkates project on Kickstarter. I liked the shots it was getting, but didn’t want to drop $200 for three wheels. i also knew that I wouldn’t have extensive use for this. It’s fun once in a while. I’m sure that the CineSkates are much more solid and a great solution, but this Instructable costs less than 10% of those. 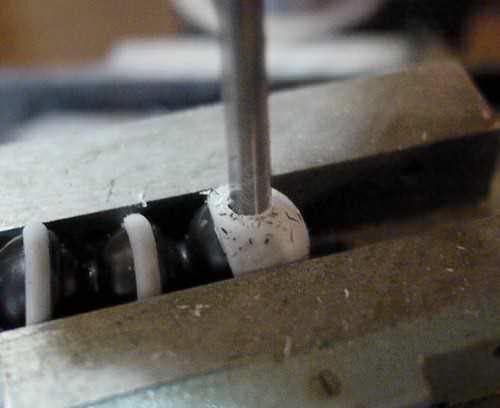 Easy enough. Drill three holes as straight across the bottom of each foot as possible. 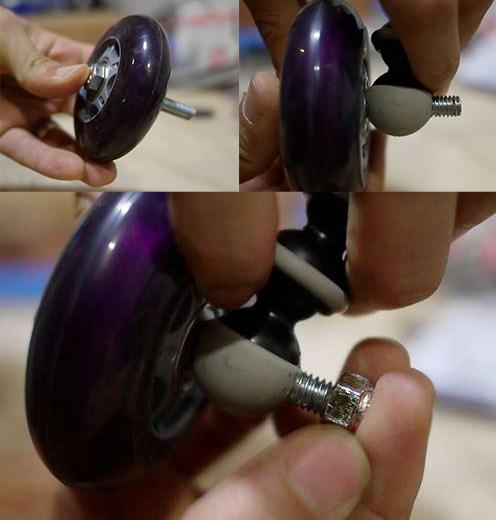 Again, really easy here. Stick the bolt through the wheel, then the foot, and cap it with the lock nut. It’s a tripod… with wheels! Now you just need to plop a camera on top and you’re good to go and experiment.

You can get some cool shots with this tripod dolly, but there can be a decent amount of setup for each shot. Try and keep the wheels as vertical as possible and use the direction of them to control how the dolly will move.

Something else to consider is that for a smooth shot you’ll want a smooth surface. This rules out many floors, especially for any large circular dolly shots.

In the end, this isn’t the ende of the world because viewers can only handle so many spinning shots. I like shorter dolly shots that just add a bit more life than a locked down shot. Doing too much will just feel a bit too extreme.

About the author: Ed Lewis is based in Oakland and works for Instructables. This tutorial was originally published here.

Portraits of Trick-or-Treaters in Brooklyn

Amazon Selling a Wireless Remote for Nikon DSLRs for Just $2