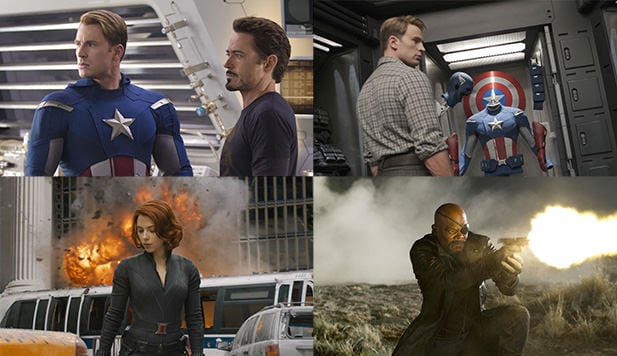 We’ve shared before that the Canon 5D Mark II was used for scenes in Captain America and Iron Man 2, but if you think that’s crazy, get this: the upcoming movie ‘The Avengers‘, which features an entire team of Marvel superheros, contains scenes shot with the iPhone 4. The movie’s cinematographer Seamus McGarvey tells IFTN,

The beauty of photography or cinema is that you make every choice based on the content at hand. On The Avengers, I did a couple of shots on the iPhone and they are in the movie. In fact, they are in the trailer! I understand that sometimes there is no choice and you have to go for the cheapest option, but if you are limited for choice, you can still make poignant decisions that will effect the look of the film.

Assuming he was using an iPhone 4 rather than the recently announced iPhone 4S, the scenes were captured at just 720p and 30fps.

Here’s the official trailer for the film:

Mega-kudos if you can pick out the iPhone 4 scenes — we have no idea.

(via IFTN via ComicBookMovie)

Why Cheap Photographers Don’t Pose a Threat to the Industry