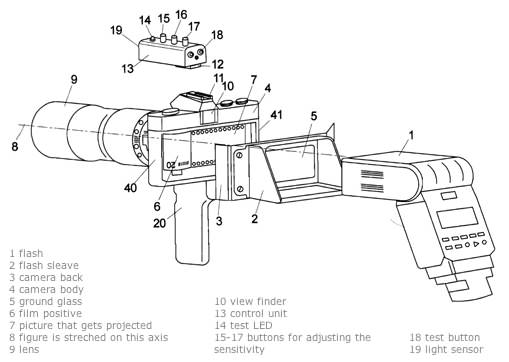 The Image Fulgurator is a brilliant device created — and patented — by Berlin-based artist Julius von Bismarck. It’s an optically triggered slave flash that fires through the back of a camera, projecting a message or image on the film through the lens — basically, it’s an optically triggered projector. What this allows von Bismarck to do is prank unsuspecting photographers by adding random pictures or words into their photographs whenever they use their camera’s flash.

Here are photos in which he inserted a “NO” into the Pope’s speech, an “O2” onto Berlin’s mayor, a dove onto the portrait of Mao in Tiananmen Square, and a cross onto President Obama’s podium: 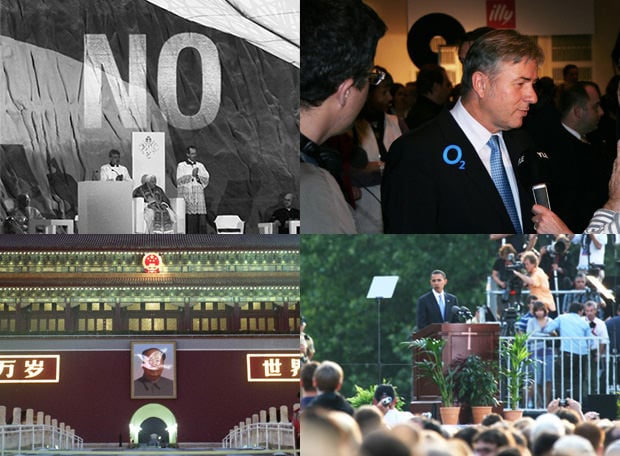 The best part about the device is that it’s only triggered when another camera is also flashing, making the “graffiti” visible only to other people’s cameras.

Here’s a video of van Bismarck using the device at Checkpoint Charlie in Berlin: