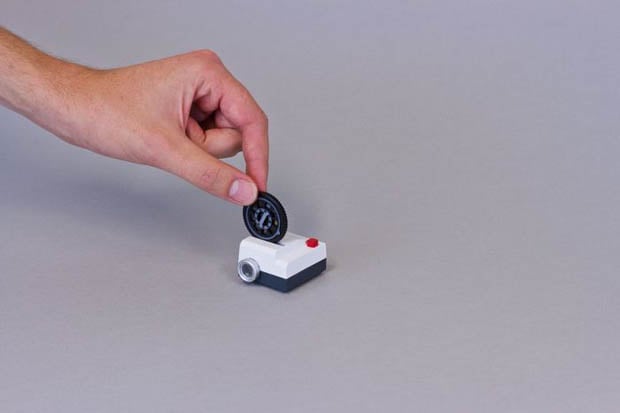 Projecteo is what you would get if you crossed a View-Master with a carousel slide projector and then miniaturized the love child using a shrink ray. It’s a tiny LED-illuminated, battery-powered projector that takes in wheels created from 35mm slide film. Each wheel holds 9 photographs, and focusing the resulting image is done by twisting the lens barrel on the tiny gadget. 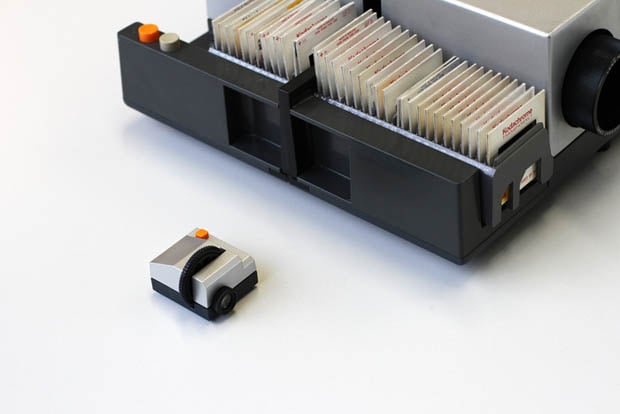 The company behind the product, NYC- and London-based Mint Digital, developed a custom way to “melt” 9 digital photos onto a single frame of 35mm Kodak film. A circle is then punched out of the frame and placed snugly into a plastic wheel. 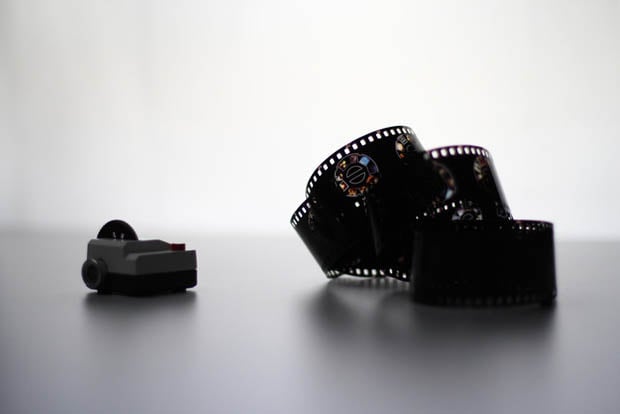 Wheels will be made online using a special app. The device is designed for Instagram photos, but since you can upload any photo to your Instagram account, the photo sharing service is simply the channel through which Projecteo collects your images for wheels. 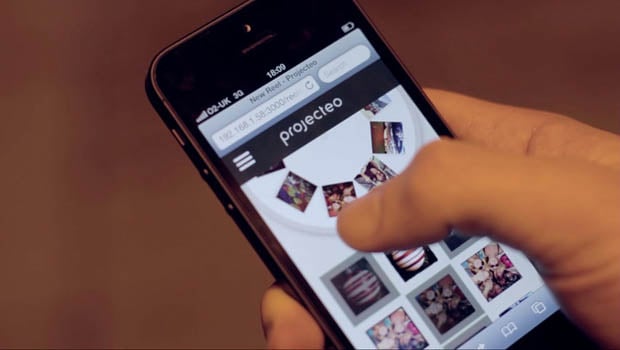 A single LED light powers the device, so it’s not exactly the strongest projector, but it can supposedly project a great looking 2.5-feet wide image in a pitch black room. 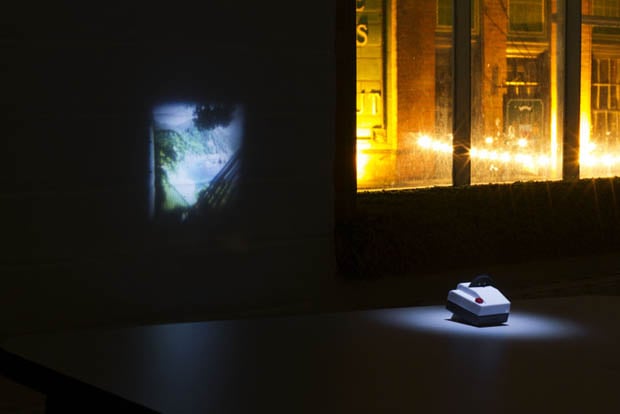 The ingredients list for the gadget isn’t very long. Aside from the outer housing, it just contains a powerful LED, capacitors and resistors, an on/off switch, a decade counter, and three batteries.

Mint Digital is currently raising funds for Projecteo through Kickstarter, and is already halfway to its goal of $18,000. A pledge of $25 will preorder you a Projecteo unit and one custom photo wheel when they begin shipping early next year.

Projecteo: The tiny Instagram projector [Kickstarter via The Phoblographer]

“Photography Lacks the Depth and Heft […] That Painting Possesses”