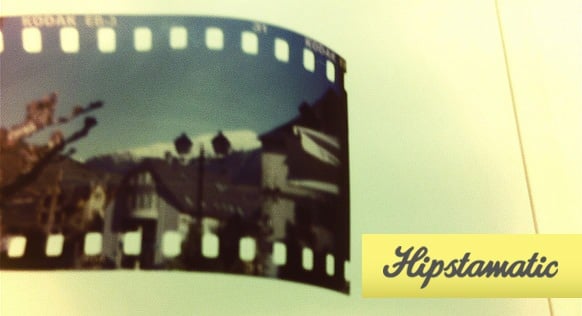 iPhone photography app Hipstamatic was the king of retro filters before Instagram came along and stole its crown. Now, the developers are hoping to capitalize on the retro photo app craze with a new idea: delivering a disposable camera experience on an iPhone. Pocket-lint reports,

Hipstamatic D-Series is set to bring back the film feel to your digital photography by preventing you from actually looking at your pictures the second after you’ve snapped them. Working like an old disposable camera, you have to finish all 24 shots before it’ll let you go back and review how they all came out. Sounds crazy to begin with but try not to think about coming almost full circle and it might just be crazy enough to work.

“It’s an opportunity to bring back the idea that you have this roll of film and you shoot with it, and you think about what you’re seeing in the moment, more so than snapping a photo and looking at it, deleting it or taking another one,” said Lucas Buick [founder of Hipstamatic]. […] “It really is a completely different way to experience photography that a lot of people have forgotten about, but it wasn’t so long ago that people don’t remember it, and that’s the key.”

So basically, it’s an app that restricts its users — like an app that only lets people shoot in black and white. While it may sound like a lame idea to the general population, the market for this type of thing (e.g. hipsters) might just be big enough for it to attract a following. They do have one thing going for them though: the app will be free once its released later this month.

(via Pocket-Lint via VentureBeat)

How to Shoot a Professional Car Photo with Just One Light

Sigma Creates Special Wood Version of the SD1, Will Only Make 10 of Them