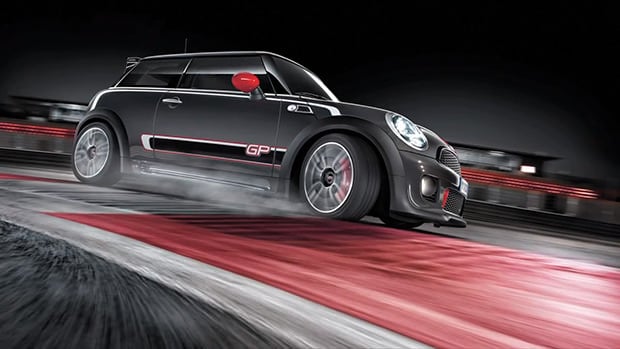 This advertising photograph for the new Mini John Cooper Works GP looks like a piece of CGI artwork, but it’s a lot more photo than render. It also looks like it was shot at high speeds, but it was actually photographed at a crawl. Shot during a top-secret nighttime photo shoot at the Circuit Paul Ricard in France, the photo required long exposure photography, fake smoke, gigantic lights, and a fancy moving camera rig.

Here’s a short behind-the-scenes video showing how it was created:

By using giant Bag-o-Light Turn units by Licht-Technik for continuous lighting, the team was able to shoot the image with long exposure shots and slow movements. In case you’re wondering, the camera used was a Contax 645 with Hasselblad back, mounted to a rig that was physically attached to the car.