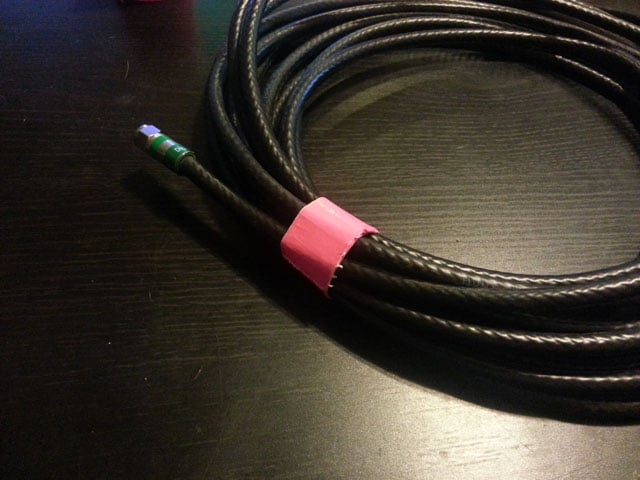 If you ever need to wrap up cables and don’t have any twist- or zip-ties on hand, here’s how you can use duct tape to wrap cables without the cables getting sticky.

This protip comes courtesy of Reddit user WetNeon. The basic idea is that you want the tape to stick to itself without any of the sticky surface coming in contact with the cable that’s being wrapped.

Start by tearing off a piece of duct tape long enough to wrap around the looped cable once plus about two extra inches of tape. 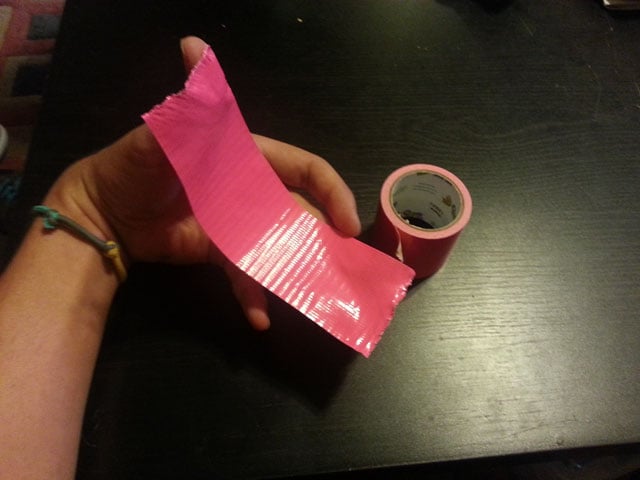 Next, tear the tape straight down the middle on each end. These tears should be about half the extra tape you added in the first step, so if you added 2 extra inches, make the tears 1-inches on both sides. 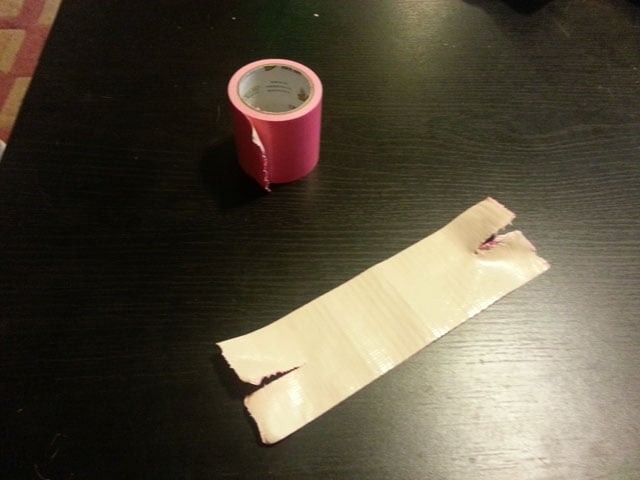 Now you have two flaps on each end of the tape. Fold back one flap on each side of the tape so that it looks like this: 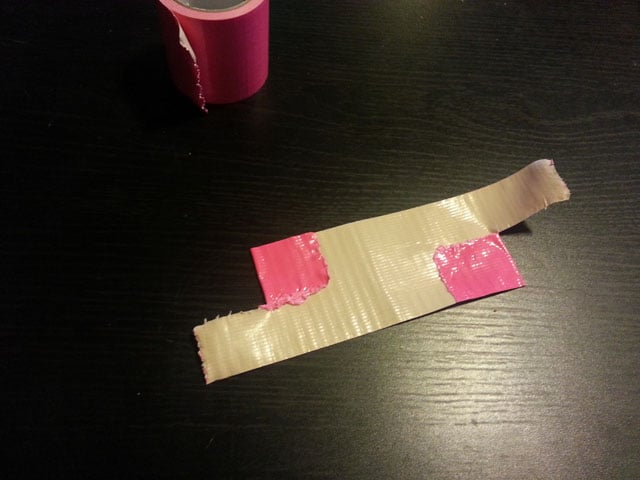 The next step is to fold the whole piece of tape in half, so that only the ends of the tape are left sticky and the middle sticky portion is folded in on itself: 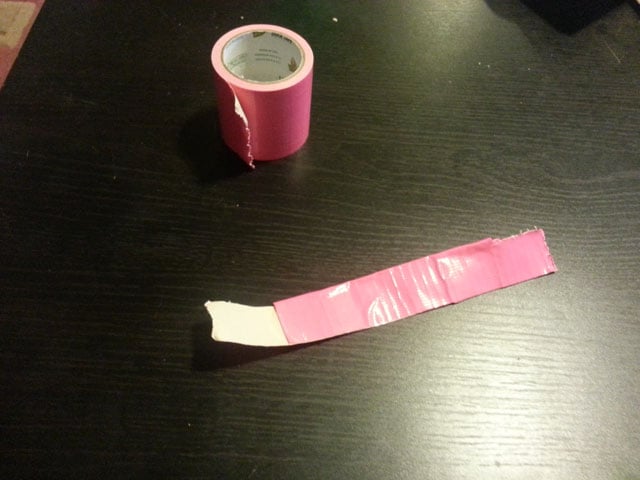 You’ll have one sticky flap on each side of the folded tape: 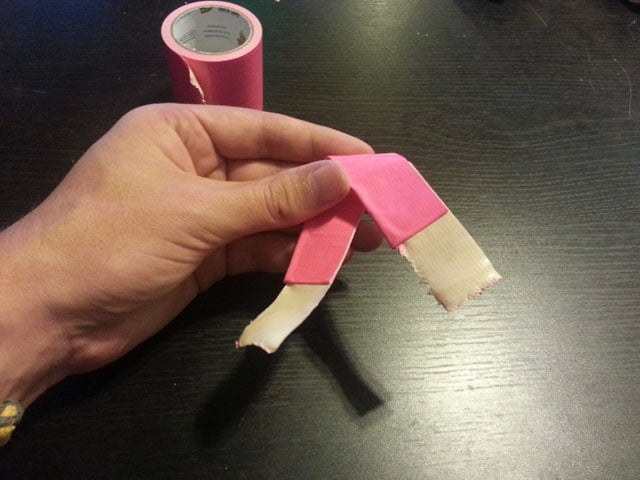 The tape is now ready for use. Wrap it around the cord, making sure that the end touching the cable has the sticky side facing away from the cable: 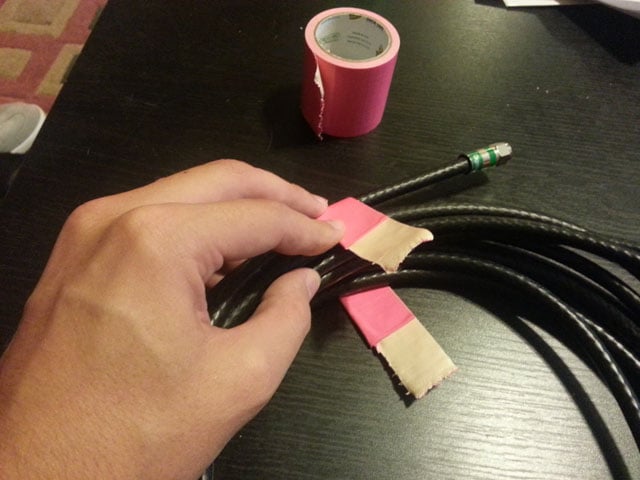 Wrap the tape over itself so that it’s only sticking to itself on both ends, and not the cable it’s wrapping: 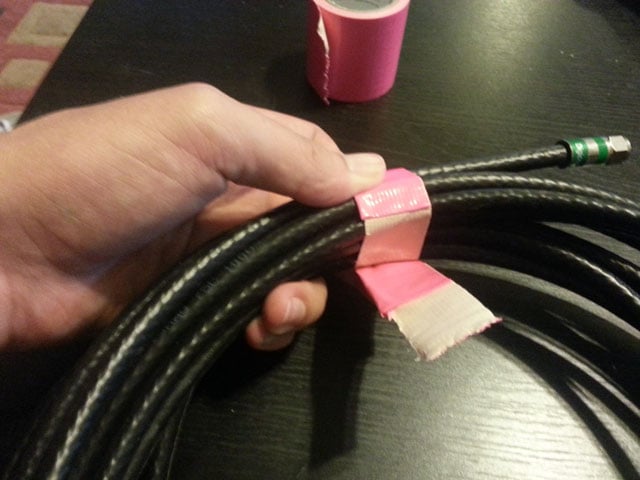 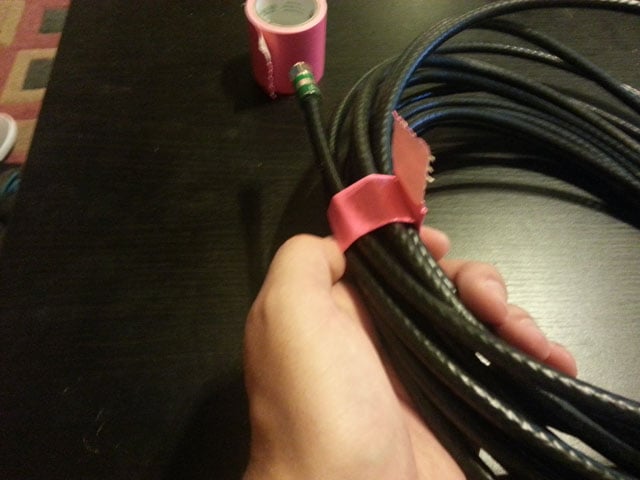 To make the tape wrap easy to remove, simply fold a tiny tab at the end so that you can simply grab and pull when it’s no longer needed.

And there you have it, a (probably far too) detailed look at a simple trick for managing your cables cleanly with a piece of tape.

Image credits: Photographs by WetNeon and used with permission