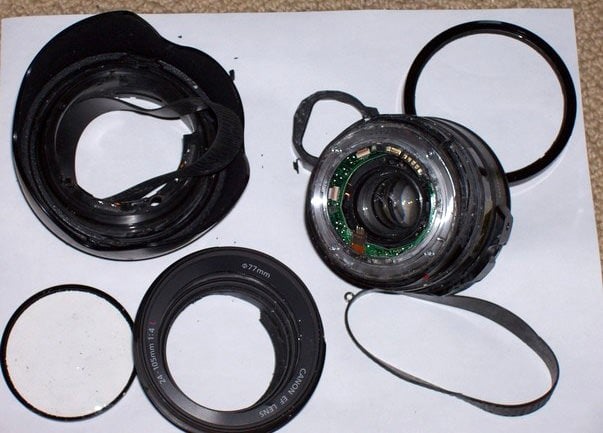 On September 2nd, a woman in Northern California named Debbie Payne heard a loud crash and, upon investigating, found a smashed Canon 24-105mm lens on the ground and a gaping 9-inch hole in her roof. Now the police department in Petaluma is trying to figure out how the lens apparently fell from the sky. 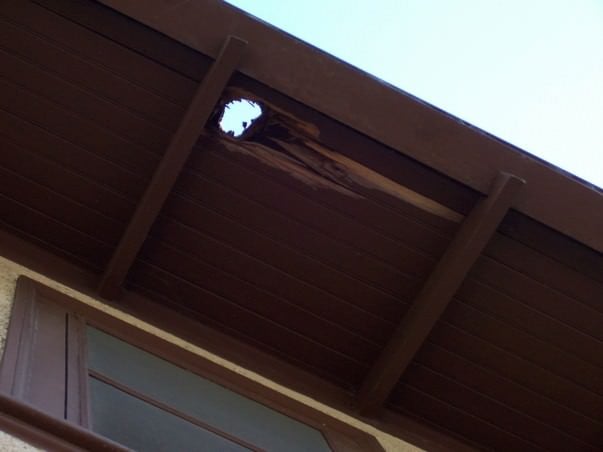 Here’s my theory on what happened: some daring and well-connected PetaPixel reader was inspired by our August 31st post on Rüdiger Nehmzow photographing clouds through an open airplane door, and decided to give it a shot. Then, while trying to change lenses from a few miles up, the 24-105mm slipped from their hand and smashed through Payne’s roof. It all fits, right?