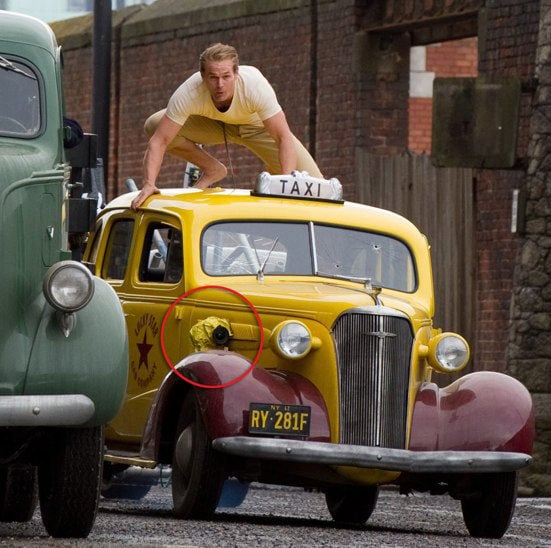 It’s no secret that Hollywood directors are using DSLRs more and more these days to film scenes that traditional bulky cameras can’t, but what’s interesting is that the cameras are often used from within the scenes filmed by the main cameras. A Canon 5D Mark II was mounted to the front of Tony Stark’s crashing racecar in Iron Man II, and was also attached to moving vehicles in the recent Captain America movie. The cameras are camouflaged to blend into the scene, but keep your eyes peeled (or watch the movie in slow motion) and you might just catch a glimpse of one!

Forget DualView, Samsung MV800 Has a Back that Flips 180-Degrees