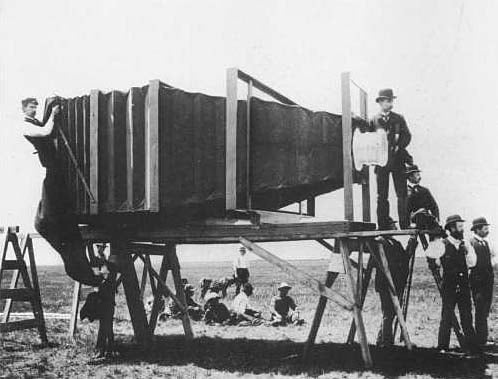 The record for world’s largest camera is currently held by an aircraft hangar camera, but back in 1900, a photographer by the name of George R. Lawrence built the massive camera seen above. He was commissioned by the Chicago & Alton Railway to shoot the world’s largest photo of one of its trains — a photo measuring 8 feet by 4.5 feet. The camera weighed 900 pounds, required 15 men to move and operate, and cost a whopping $5,000 — enough money back then to buy a large house.

An Introduction to Google’s Photovine

The President of Russia and His Leica S2