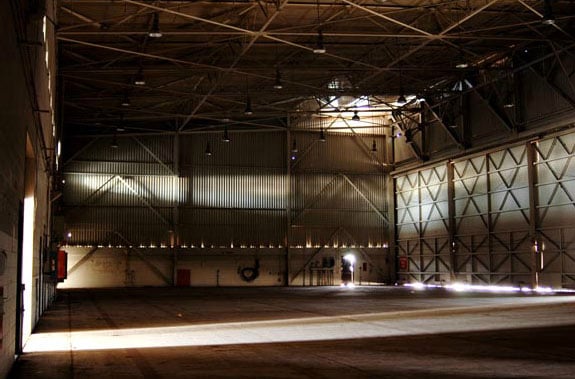 What you see above is the inside of the world’s largest pinhole camera measuring 45x160x80 feet. It’s an abandoned airplane hangar in Irvine, California that was converted over the course of two months into a gigantic pinhole camera. 24,000 square feet of plastic, 1,300 gallons of foam filler, 1.52 miles of tape, and 40 cans of spray paint went into darkening the hangar. 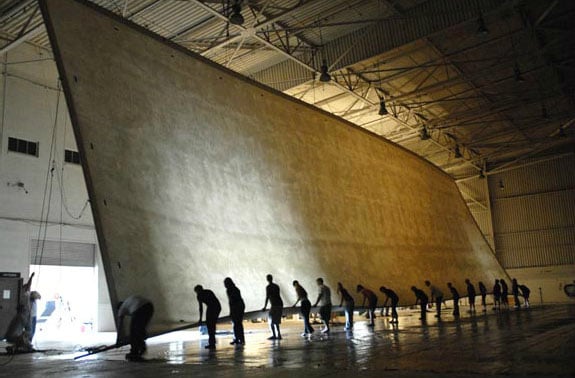 80 liters of emulsion was used to make the canvas light sensitive. 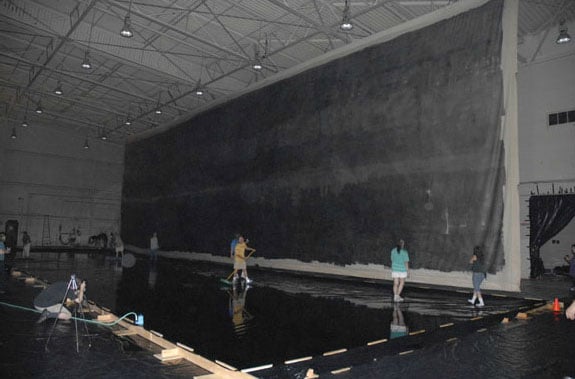 The aperture was a 6mm hole in the side of the hangar that projected the image onto the canvas. The photograph was exposed for 35 minutes. 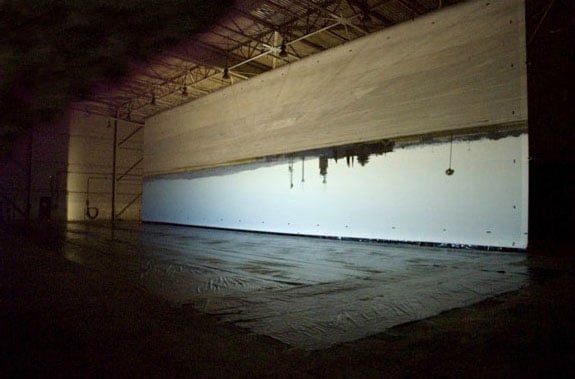 600 gallons of traditional B&W developer was used to develop the canvas, and 1,200 gallons of fixer was applied afterward. It was then washed using fire hoses spraying at 750 gallons per minute. This is the massive photograph that resulted, which is the largest photo ever made (though not the largest print). 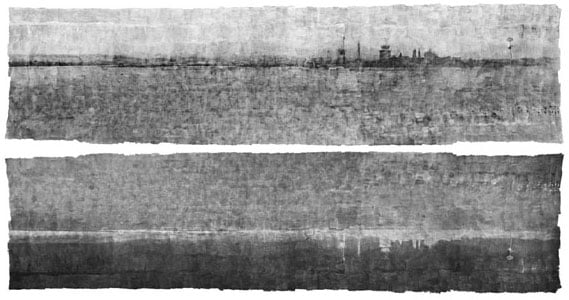 This was all done back in 2006, and is known as “The Great Picture” by The Legacy Project. Check out the website to see more photographs and information.

The Legacy Project (via Pixel Análogo)