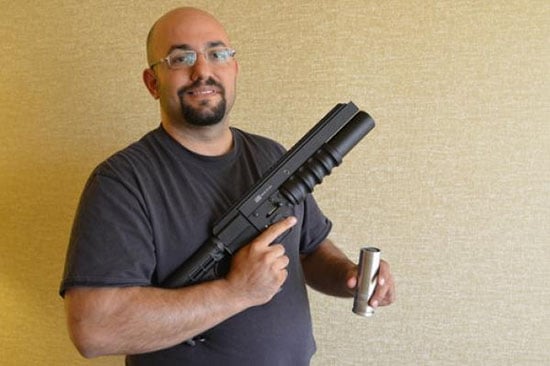 The Israeli army has a tactical intelligence device called the “Firefly” — a wireless camera that’s launched out of a grenade launcher, capturing eight seconds worth of imagery as it floats on a parachute from 500 feet in the air. It’s military grade technology that isn’t available to private citizens, but two hackers are trying to create a DIY version of the device for $500. Vlad Gostom and Joshua Marpet built their version of out of a 37mm flare gun, and showed it off this week at DefCon. They hope that, if perfected, the device could one day be useful for people ranging from law enforcement officers to search-and-rescue teams.

Build your own camera, launch it like a grenade (via PopSci)