The CamRanger has been a big hit with photographers, and if you have $300 to spend on a wireless controller for your DSLR then it is a phenomenal option. But if you don’t want to spend that kind of money, own an Android device and don’t mind hacking a bit of router firmware, you can actually get similar results using this DIY rig for less than $40 bucks!

The hack comes to us from the good people at DSLR Film Noob, and it’s an ingenious way to create a wireless controller for your Canon (and, potentially, Nikon) DSLR for only the $38 it’ll cost you to buy the necessary wireless router and Android app.

All you’ll need to attempt this yourself is a TP-Link TL-MR3040 wireless router, a USB to microUSB cable, a WiFi-equipped Android device and the confidence to hack the router’s firmware. 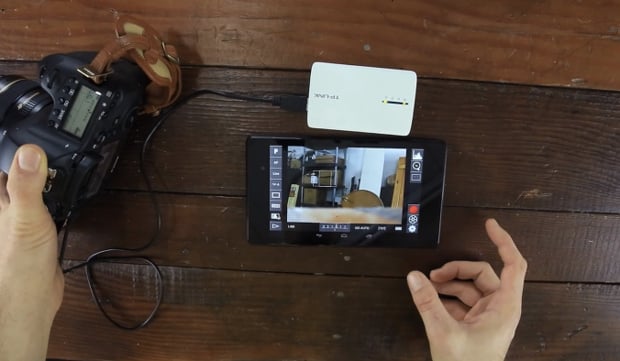 You can find detailed steps on how to make this happen by visiting the full DSLR Film Noob tutorial, but the technologically un-inclined need not be scared off by the word ‘hack’ — it seems fairly simple. Once properly hacked, all you have to do is connect the router to your camera, turn on the DSLR Controller app on your Android device, and you’re good to go.

Check out the video at the top to see a quick demonstration of how this works and/or head over to the full tutorial if you’d like to give it a go yourself.

P.S. Nikon users can do something similar using the same router, the DSLRDashboard app and a different firmware version. You can find those slightly more complicated instructions here.

SelfiePolice Turns Vanity Into Charity, Asks You to Donate $1 to Charity for Each Selfie