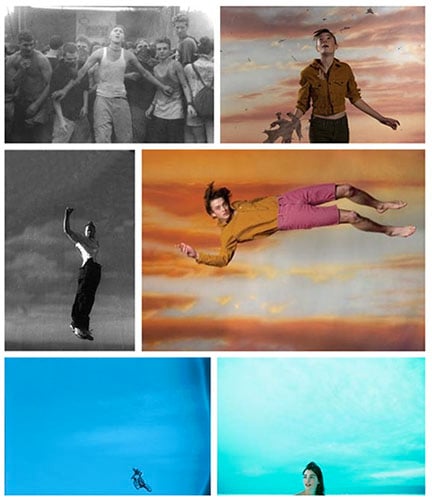 At what point does inspiration turn into plagiarism? That’s the question that popped up last year when Rhianna was sued by David LaChapelle over scenes found in one of her music videos, and it’s the same issue with a lawsuit recently filed by photographer Janine Gordon against photographer Ryan McGinley. Gordon claims that 150 of McGinley’s images — including some used for a Levi’s ad campaign — are “substantially based” on her photos. In the three pairs of disputed images shown above, the ones on the left are by Gordon and the ones on the right by McGinley.


Here are some of the exhibits provided as evidence by Gordon: 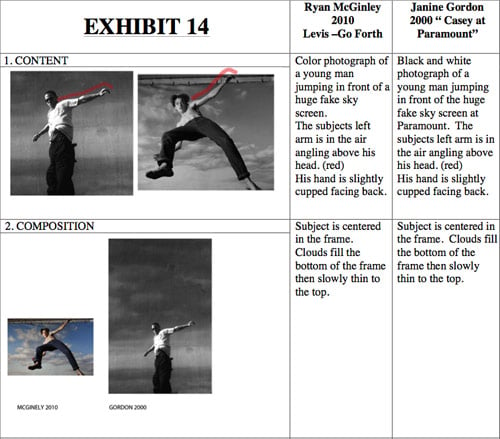 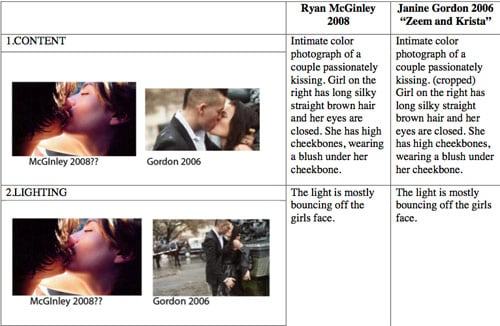 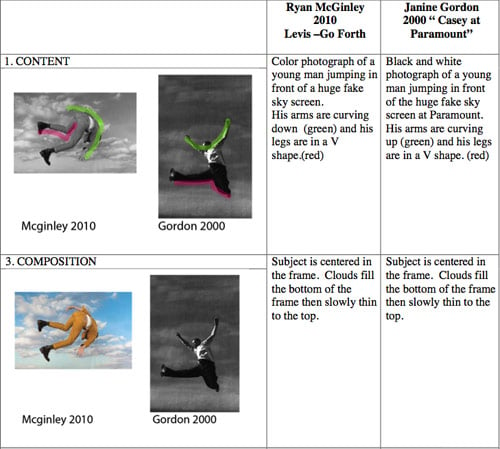 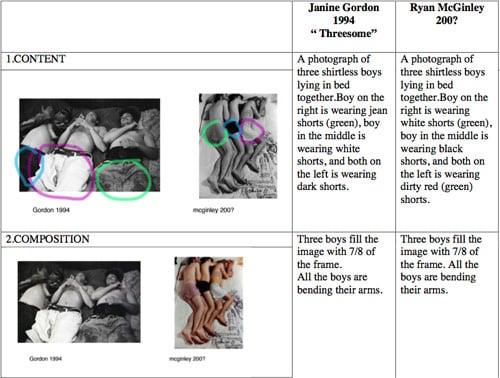 Gordon claims the issue started 10 years ago after both artists had exhibitions at the Whitney Biennial and a number of other galleries.

[See update below] Gordon is pushing forward and seeing $30,000 per infringement, or about $4.5 million total.

Rob Haggart over at A Photo Editor writes,

[…] this is where copyright hurts photographers. There’s nothing that hasn’t been done before so if you’re not allowed to draw inspiration from and take little parts of other photographers and artists work there’s nothing to take pictures of. I think the case will be impossible to prove in court, but I would guess the point is not to win but to raise awareness, get him to stop and go somewhere else for inspiration.

What are your thoughts on this case and the answer to the question?

(via artnet via A Photo Editor)

Update: McGinley’s gallery has informed us that a “very modest settlement” was never offered by McGinley. Also, they write that the photo used in the final comparison that’s attributed to McGinley was actually shot by Cass Bird for a New York Magazine cover.