Fashion photographer David LaChapelle is launching a lawsuit against Rihanna over the controversial music video for her song S&M. LaChapelle alleges that “the music video is directly derived from and substantially similar to the LaChapelle works” and that it copied the “composition, total concept, feel, tone, mood, theme, colors, props, settings, decors, wardrobe and lighting” of eight of his photographs.

In the side-by-side comparisons seen above, LaChapelle’s work is on the left and a still from Rihanna’s music video is on the right.

In a tweet directed at the singer (which has since been removed), LaChapelle wrote, 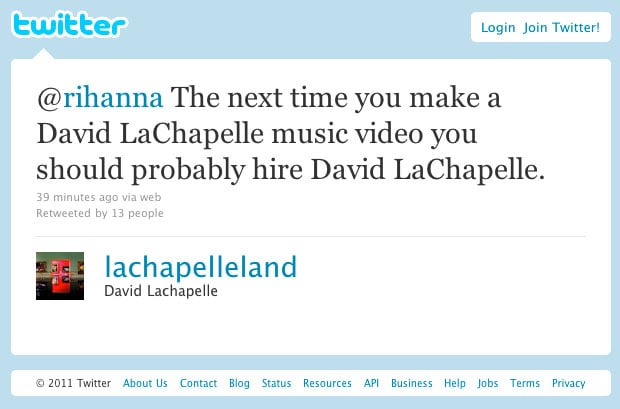 What are your thoughts on this case? Is it plagiarism or simply one artist being inspired by another’s style?

Update: Now fashion photographer Philipp Paulus is also pointing out similarities between scenes in the music video and a fashion editorial he shot back in 2010. Here’s a comparison (Paulus’ work is on the left): 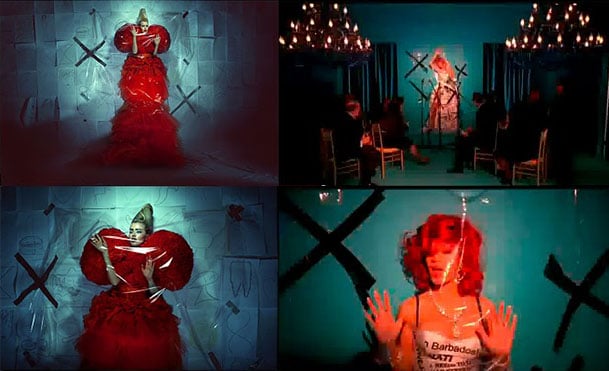