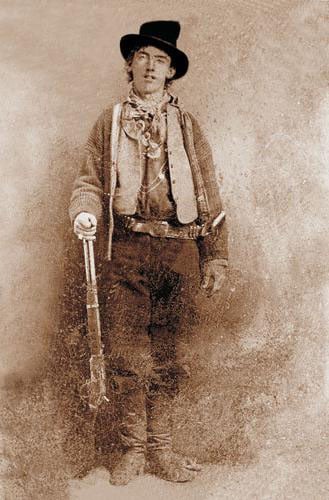 There’s a new entry in the list of most expensive photographs, and this time it’s not a fine art photo. Over the weekend, the only existing photograph of legendary outlaw Billy the Kid sold at auction for a whopping $2.3 million to billionaire Bill Koch, becoming the 4th most expensive photo in the world.

One of the few artifacts remaining from Billy’s life is a 2×3 inch ferrotype taken by an unknown photographer sometime in late 1879 or early 1880. It is the only picture of Billy that is universally agreed upon as an authentic photo of Billy. The ferrotype survived because after Billy’s death, Dan Dedrick, one of Billy’s rustler friends, held onto the picture and passed it down in his family. [#]

The tintype photo was previously estimated to be worth between $300K and $400K.

Billy the Kid: Ferrotype (via CNN)

Photoshop Can Be Quite Messy If You’re Not Careful

First Wedding Ever to be Shot Entirely with the iPhone 4