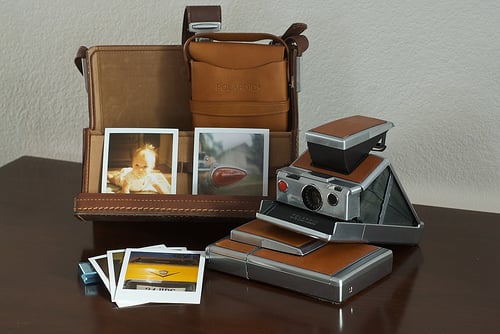 Harry McCracken over at Technologizer wrote a fascinating piece about Polaroid founder Edwin Land and the history of the SX-70 camera.

“Don’t undertake a project,” an oft-quoted Land maxim goes, “unless it is manifestly important and nearly impossible.” The SX-70 was both.

Did you know that “SX-70” was actually the codeword used by Land a quarter century before the SX-70 camera for his first instant film camera project? It was his 70th Special eXperiment (Land was a Harvard dropout and prolific inventor, inventing the first synthetic material capable of polarizing light when he was just 19-years-old!)

It’s a pretty lengthy piece, but a must-read for any Polaroid lover.

Polaroid’s SX-70: The Art and Science of the Nearly Impossible (via Daring Fireball)

Portraits of Panamanian Men and Their Souped-Up Bikes