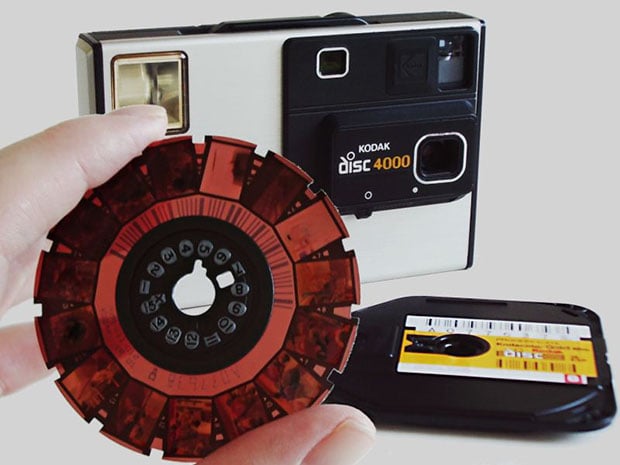 Here’s a fun bit of photo history: did you know that back in 1982, Kodak attempted to introduce a cartridge film format that resembled a floppy disk? Each rectangular cartridge contained a circular film disc with 15 exposures, and the disc was rotated 24 degrees after each exposure to line up the next frame.

Disc film did not prove hugely successful, mainly because the image on the negative was only 11 mm by 8 mm, leading to generally unacceptable grain and poor definition in the final prints. The film was intended to be printed with special 6-element lenses from Kodak, but many labs simply printed discs with standard 3-element lenses used for larger negative formats. The resulting prints often disappointed the consumer. [#]

Disc cameras were made until 1989, but the film remained in production until 1998. With over 8 million Disc cameras made in the first year alone, it’s no wonder there’s plenty for sale on eBay for just a few bucks.

Baltimore Officers Make Up Laws and Detain Student for Photography