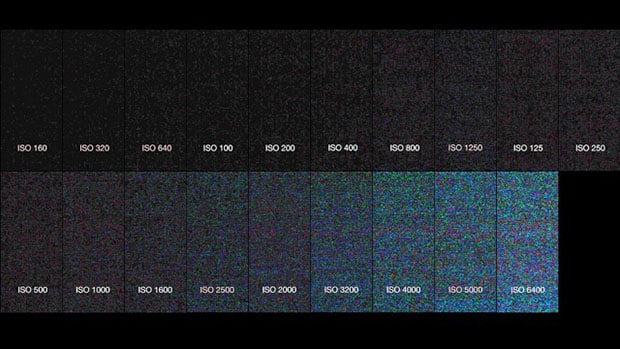 Technicolor just released a new Picture Profile for Canon DSLRs, and recommended that ISO be used in multiples of 160. Andrew Schär decided to test this using his Canon 60D, and found that in terms of the amount of noise present in the footage, ISO numbers that are multiples of 160 are best (i.e. least noise), followed by multiples of 100, and finally multiples of 125 being worst.

It clearly illustrates that best ISO’s to use for video, starting from lowest noise level to highest are as follows:

Regarding why this is so, commenter Martin Zahuta writes,

If you set the ISO at 125, there will be more noise than at ISO 100 because the camera sets the ISO at 100 and than simulates the higher ISO (125) by applying GAIN.

Similarly, when set at ISO 160, the camera actually already goes for ISO 200 and applies NEGATIVE GAIN, making the image darker and thus hiding a lot of the noise.