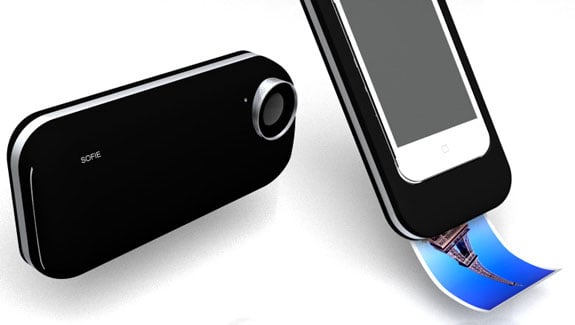 Rather than using traditional instant film that develops on the spot, newer instant cameras are using a special ZINK technology that prints digital photos rather than exposing special paper. As more and more consumers rely solely on their mobile phones for shooting casual snapshots, perhaps the Sophie concept iPhone case is the next step in instant film’s evolution: it’s a case with a built-in printer that turns your iPhone into a Polaroid-style instant camera. What do you think of the idea?

How to Turn Your Room into a Giant Camera Obscura