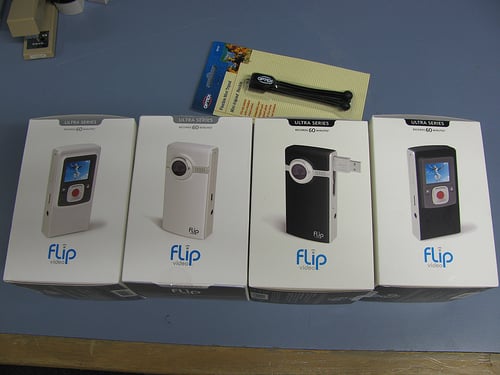 Goodbye Flip Video camera. Cisco announced today that they’re killing off the camera line in an attempt to refocus their consumer electronics business. They purchased the company behind the camera, Pure Digital Technologies, back in 2009. Flip Video cameras have long held the bestselling spots for camcorders on websites like Amazon by offering both HD video recording and convenient transferring with a built-in USB connection, but competition from rival camcorders and the introduction of HD video in smartphones (e.g the iPhone) has eaten into Cisco’s market share.

With the rate camera technologies are progressing on phones, makers of compact cameras are being forced to innovate lest their cameras go the way of the Flip. Perhaps that’s why manufacturers are moving into large sensor cameras as phones invade the compact camera market.