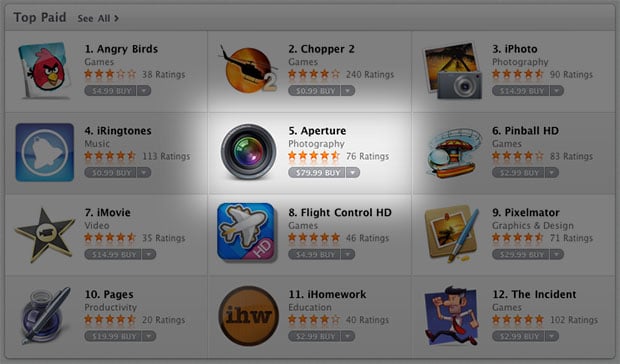 Apple launched its new Mac App Store yesterday, along with an App Store version of their popular photo editing program Aperture. The program costs $199 in a retail box and $159 through Amazon, but through the new App Store the price has been cut to a mere $80! It’s no wonder that it’s currently the top grossing app in the entire store. If you’ve wanted to start using Aperture but have always been deterred by the price, now’s a good time to jump in.

You can start using the Mac App Store by updating your Mac OS X to version 10.6.6.