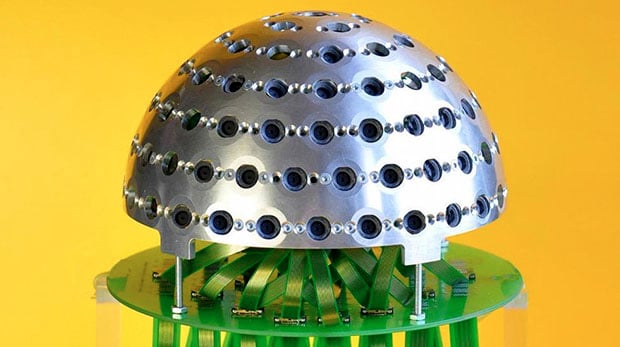 The folks over at École Polytechnique Fédérale de Lausanne in Switzerland have created a camera modeled after a fly’s eye that provides a 360° view of the world. Packed with the 100 small cameras, what the camera captures is combined on a computer to provide a single 3D view of the world.

Here’s a video that discusses the camera:

Maybe in the future we’ll be capturing 3D 360° degree “photographs” with spherical cameras that we toss into the air. This technology would also be interesting if turned into a webcam.

“Skyfishing” with a Fishing Pole, 30 Helium Balloons, and a Camera