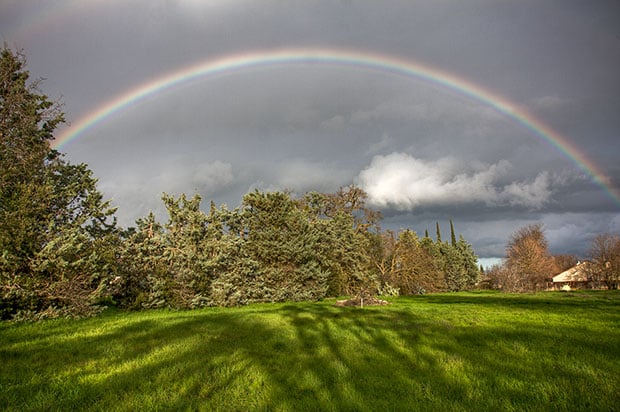 The Internet viral sensation “Double Rainbow” video was captured on January 8th, 2010. About two weeks later on the 23rd (and long before that video went viral), I saw a double rainbow myself when looking out my window. I quickly grabbed my camera (a Canon 40D at the time) with my 16-35mm lens (I wanted the widest shot possible) and ran out to shoot the rainbow.

Shooting something in the sky is often tricky, since you can easily muck up the foreground if there isn’t much direct sunlight hitting the scene. Since there was such a big range between the lightest and darkest areas of the scene, I decided to shoot an HDR image of the rainbow.

I didn’t bring my tripod with me, so I set my camera on the high speed burst mode setting (6.5 frames per second), and turned on Auto Exposure Bracketing going two stops in each direction. This means I can squeeze the shutter and take three successive shots: one normally exposed, one underexposed by two stops, and one overexposed by two stops. Here are the resulting photos: 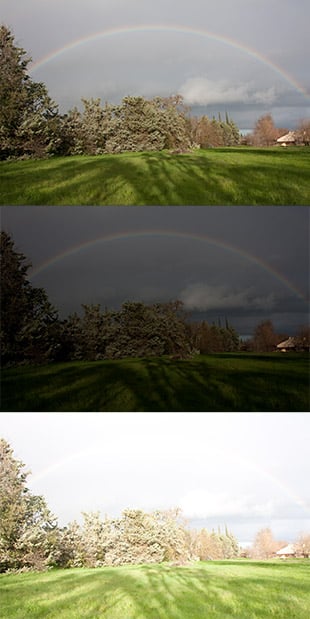 Because of how I wanted to frame the foreground, I missed out on most of the second rainbow. You can see a little of it in the upper left hand corner.

Next, I merged and tone-mapped the three images. I used Photomatix Pro, but there’s all sorts of programs you can use to do this (including Photoshop). Play around with the settings until you get something you like. Here’s the tone-mapped image I ended up with: 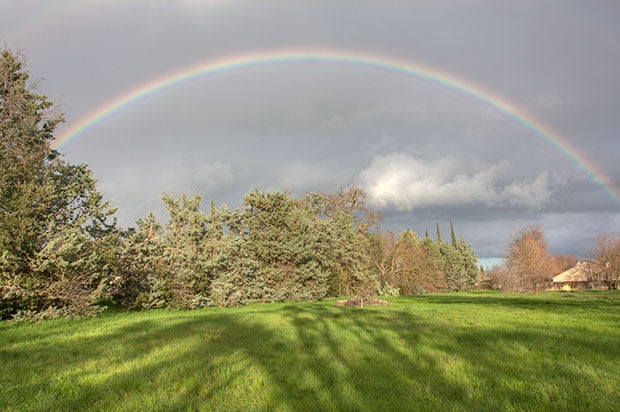 Notice how the image is bright, slightly desaturated, and kinda “mucky”. I like for my tone-mapped images to have these properties, since overdoing it during tone-mapping results in the nasty looking HDR images you see all over Flickr.

What I wanted to recapture was the dark and moody clouds, the brightness of the rainbow, and the strong shadows on the grass in front of me. Opening the JPG with Adobe Camera RAW via Adobe Bridge, I made the following adjustments: 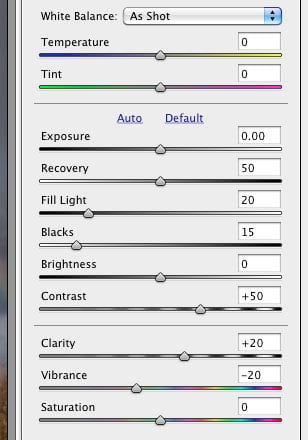 Here’s the final image (hover over it to compare it with the original tone-mapped version):

HDR is quite useful in many different situations. Just make sure you have goals in mind when you use the technique.