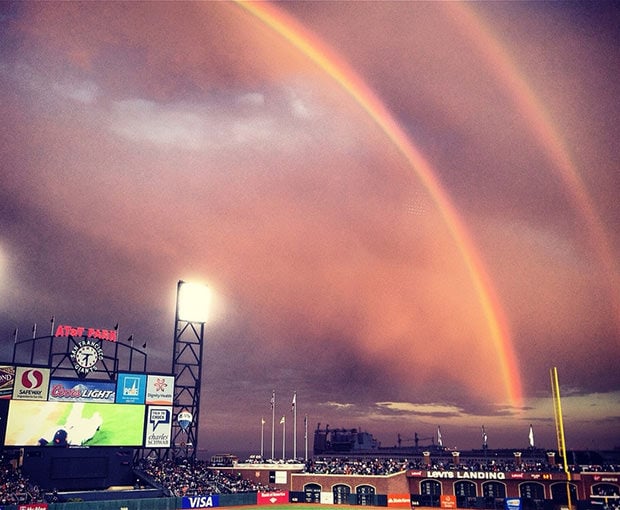 San Francisco residents were treated with a dazzling sight yesterday: a double rainbow all the way across the sky, visible from many parts of the city. The San Francisco Chronicle writes,

The mist mixed with golden light from the low-slung sun to cast a beautiful pink glaze across downtown skyscrapers. Thousands at the Giants baseball game took their eyes away from the game to gawk at a double rainbow that formed over center field, perfectly framed by the grandstands. “There was just some very light rain at the game, but it was amazing to see so many people bringing out their iPhones and taking a picture of it,” said Mike Pechner, a forecaster with Golden West Meteorology who was at the game. Dozens of motorists pulled their cars to the side of the road to gawk and take pictures of the rare double-rainbow, created when the light refracted through the moisture in the air. 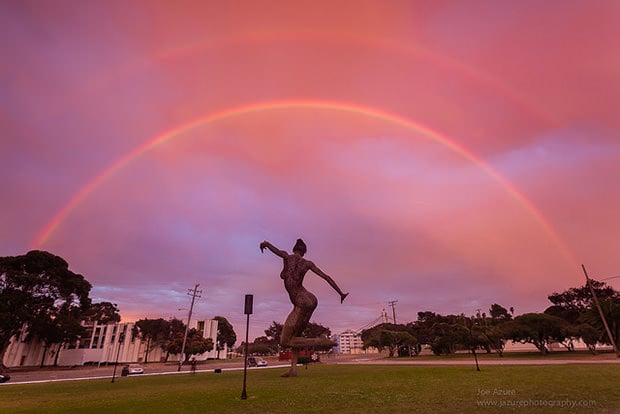 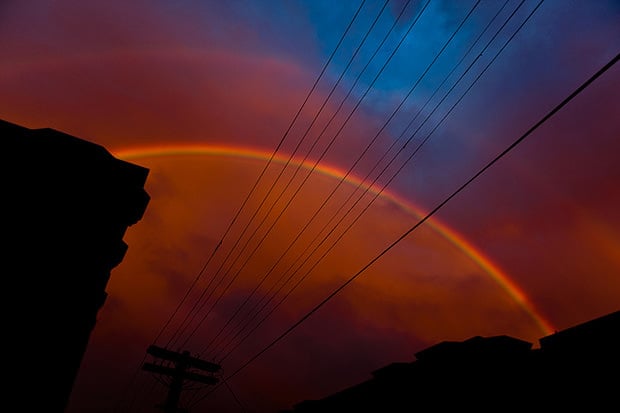 Many views of this visual treat can be found over on Flickr by doing a search for “san francisco double rainbow“. The Chronicle also has a beautiful slideshow rounding up some of the gorgeous shots taken yesterday.

What if Movies Were Written and Voiced-Over by Little Kids?

Facebook’s Acquisition of Instagram Now a Done Deal, Final Value of is $735M