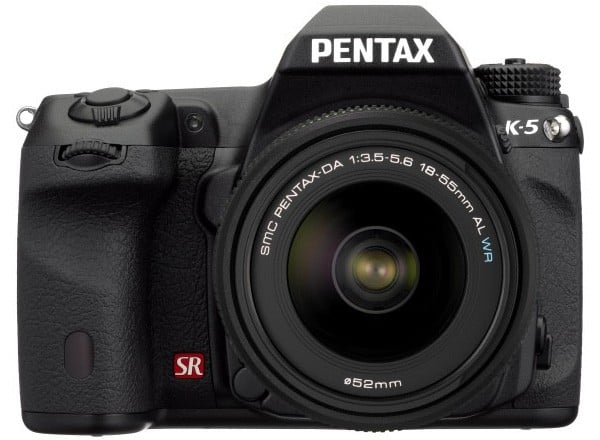 Pentax has announced its new K-5 DSLR camera as Photokina is getting underway in Cologne, Germany. The new 16.2 megapixel CMOS sensor camera has nice but pretty standard specs and features: 11 autofocus points, an HDR mode, 7fps burst shooting, a 3-inch LCD screen, an ISO range of 100 to 12800 (expandable to 80 to 51200 via custom functions), 100% viewfinder coverage, 1080p video recording at 25fps, and a magnesium alloy body. The K-5 will be available starting in mid-October at around £1200 (~$1875) with a kit lens. 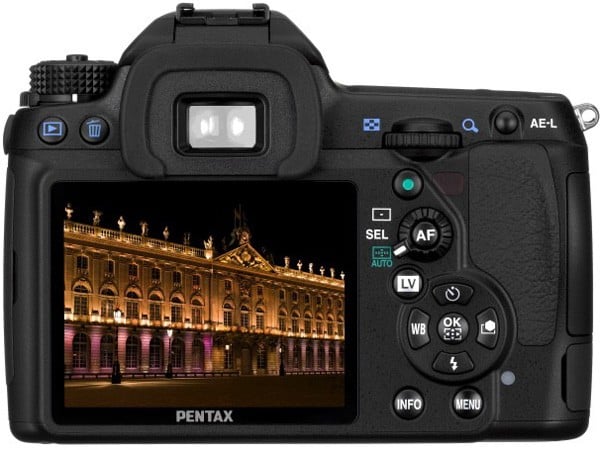 Hopefully we’re in for more surprises like yesterdays Fujifilm X100 at this year’s photokina.

Here’s a first look at the camera: