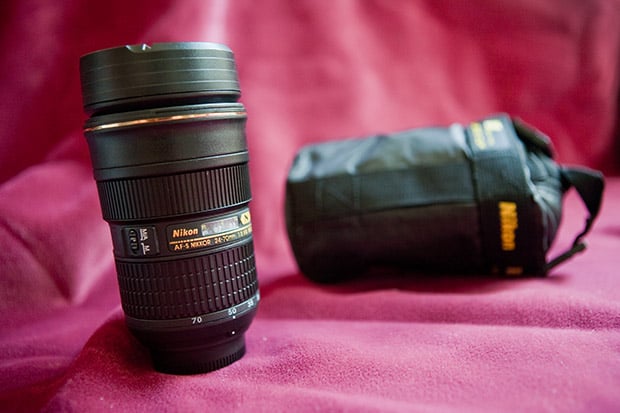 We reported on the Nikon coffee cup that finally appeared on the web months ago, but didn’t get our hands on one until today. We did an unboxing of the Canon coffee mug and thermos back in June, so we’ll do a similar hands-on for this Nikon one. Like the Canon ones, there’s a whole bunch of places making these things (none of which are the camera companies themselves), so there might be some variation on how the thing looks depending on where you buy it from.

Here’s the box that ours came in: Just from looking at the box, it’s pretty clear that it’s not an official Nikon product. You’d probably get into legal trouble from them pretty quickly if you started selling these in the US.

The cup also came with its own carrying-bag, though I’m not sure how useful the bag would be in everyday life: 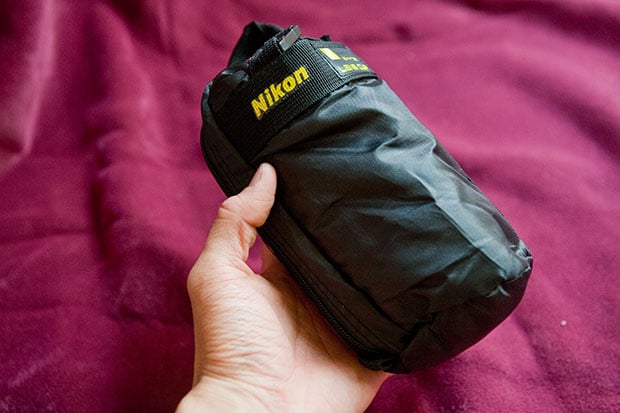 Unlike the Canon cup and thermos, the focus switch on this cup actually flips back and forth! Also, a really neat feature about this Nikon cup is that the zoom ring actually causes the cup to “zoom”! Here’s a video into the cup, showing its metal innards: 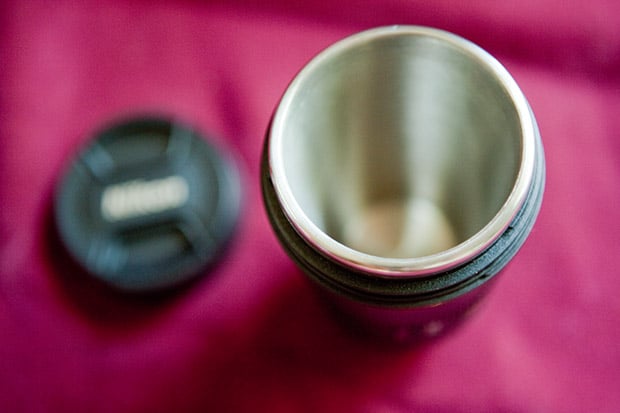 So, there you have it. Nikon has a fun cup on the market that’s comparable to the Canon ones that took the Interwebs by storm months ago.

To get your own, you can look on eBay for “nikon coffee“, or try a search engine to buy it from an online store.

A big thanks to canonmugs for providing us with the free sample used in this post!