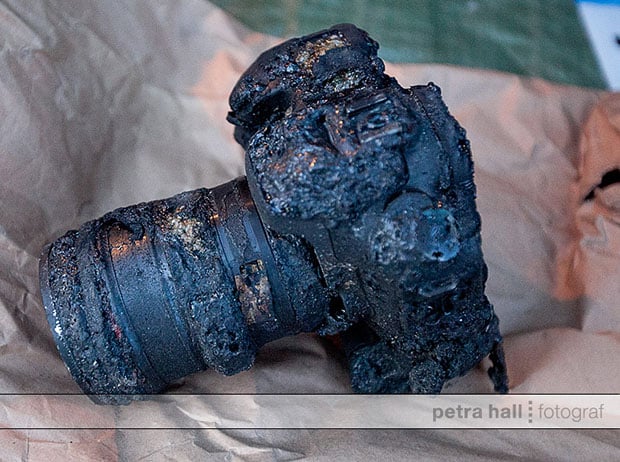 Photographer Petra Hall‘s fiancé recently bought a used MG convertible right before going on a vacation. However, on the way back from work the weekend before the vacation was to begin, something in the car exploded and the car went up in flames.

The list of gadgets in the car is enough to make a grown man weep: a Canon 7D, a Canon 24-105L lens, and a MacBook Air. Everything burned up.

Surprisingly, both the hard drive in the Macbook Air and the CompactFlash card inside the 7D survived the flames, and the data on both were recovered. The memory card door on the 7D? Not so lucky: 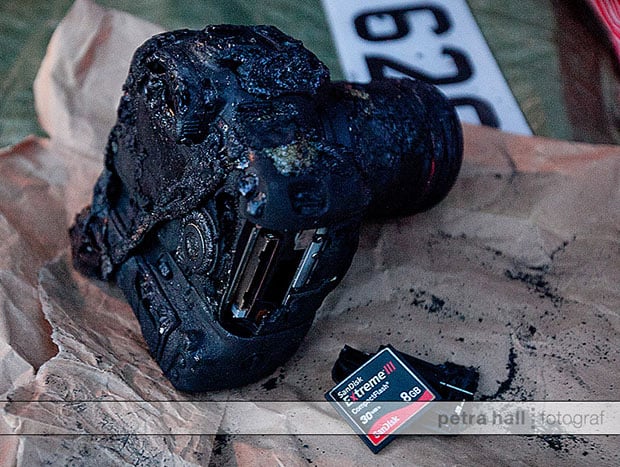 Here’s a photograph of the car that exploded and took beautiful gear with it: 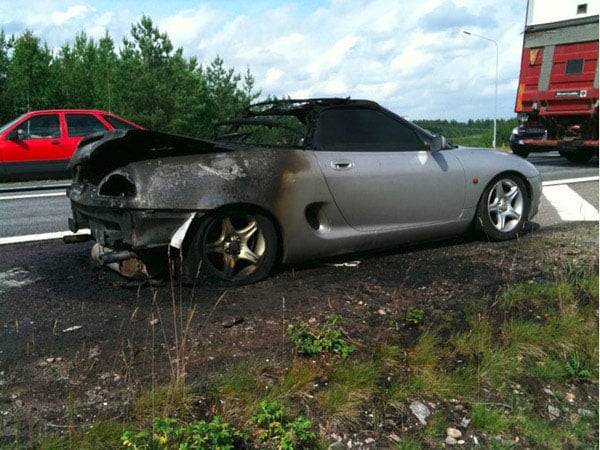 Any guesses as to what would have happened if the camera was built with plastic rather than magnesium alloy?

Thanks for the tip, Drew!

Image credits: Photographs by Petra Hall and used with permission

Interview with Craig of Canon Rumors