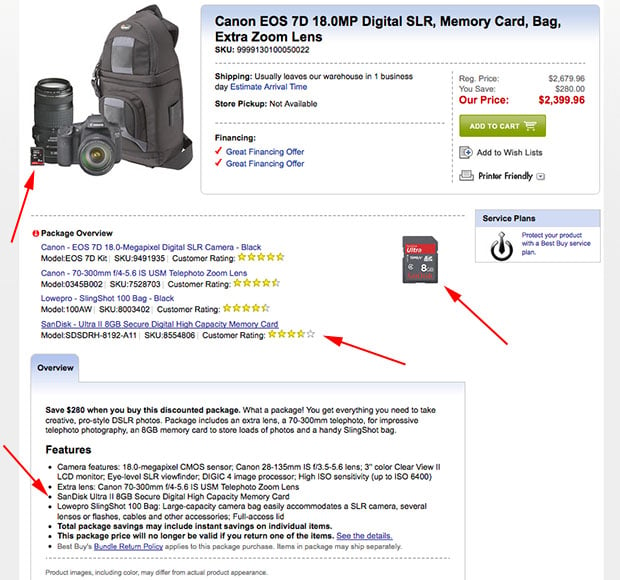 Over the weekend, Best Buy sent out weekly advertising that included a Canon 7D bundle. Funny thing is, they don’t seem to understand that the 7D only takes CompactFlash memory cards, and are selling the bundle with a SanDisk 8GB SD card. Also, it’s not just the advertisement — the online product info also shows the SD card in the images and in the text.

Perhaps next time they should put a photographer in charge of creating their special offer packages.

Do you think they’re actually giving people SD cards with this camera, or is it simply a huge typo/”photoshopo”?

Update: They’ve fixed the website a couple hours after we posted this. That was pretty fast.

Olympus PEN Commercial with a Twist