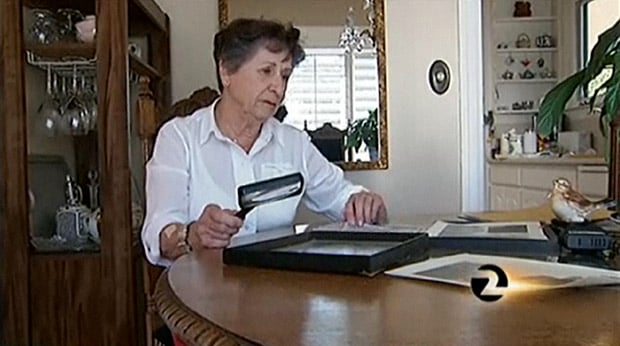 The mystery of the Ansel Adams garage sale negatives keeps taking on new twists, but the latest twist might have solved it once and for all.

KTVU in Oakland is reporting that a Bay Area woman named Mariam l. Walton has come forward with apparently solid proof that the photographs were not taken by Ansel Adams but her Uncle Earl. She was watching KTVU report on the story Tuesday when she suddenly saw a photograph of the Jeffrey Pine on Sentinal Dome and recognized it as a print her uncle Earl Brooks made back in 1923.

You can watch the segment and check out the pictures here.

Upon hearing this story, the fact that the clouds in the two photographs were different made me quite skeptical that the found photo was the same as Uncle Earl’s. However, I decided to investigate a bit further. Here’s a screenshot of Uncle Earl’s photograph shown in the segment: Now, taking that screenshot and a screenshot of the photo found by Rick Norsigian in Fresno, I used Photoshop’s Auto-Align feature to match up the features in the photograph for comparison. Now here’s Norsigian’s photo aligned with the previous one. You can hover your mouse over it to overlay Uncle Earl’s for comparison: 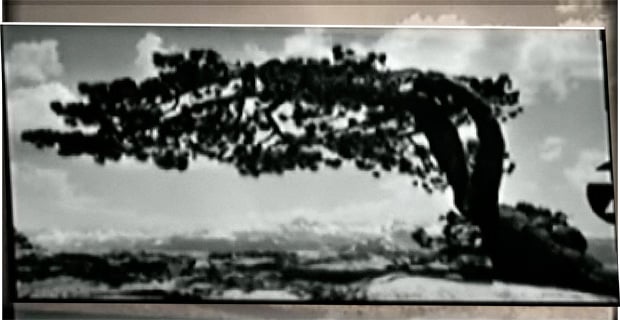 Although the Jeffrey Pine that stood on Sentinal Dome was a well known landmark and often photographed, the fact that the lighting in the photographs match exactly seem to indicate that the two photos were in fact taken in the same session. Furthermore, notice how the branches and leaves in the two photos seem to match exactly. The uncanny similarity between the lighting and the trees seems to show that Norsigian’s photograph was indeed taken by Uncle Earl.

Keep in mind that we’re doing this comparison based on low resolution screenshots of the two photos. If we had access to the real things, this technique might reveal an even higher degree of similarity.

Oh… and did we mention Uncle Earl lived in Fresno (where the negatives were purchased) and often took photos in Yosemite?

If the photographs are indeed Uncle Earl’s and not Ansel’s, then it would appear that much of the “evidence” that was examined by experts and presented to the public was faked, and that the whole story is indeed a $200 million con.