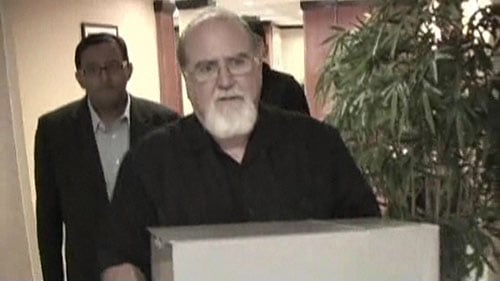 A huge story last year was when a painter named Rick Norsigian came across 65 glass negatives at a garage sale, purchasing them for $45. He then had them examined by experts, who told him that they were previously undiscovered Ansel Adams photographs worth at least $200 million. Just as the find was being heralded as one of the greatest in art history, Ansel Adams’ relatives and Publishing Rights Trust expressed skepticism that they were in fact Adams’. It then came to light that the photos might actually belong to a man named Earl Brooks who once lived in the same city as Norsigian (Fresno, California).


The Ansel Adams Publishing Rights Trust and Norsigian eventually ended up filing lawsuits against each other — lawsuits that were just settled this week. While Norsigian is still allowed to sell prints of the negatives, he is agreeing to not use Ansel Adams’ name or likeness while doing so. Pay a visit to Norsigian’s website, and you’ll find that everything is being marketed now as “The Lost Negatives” without any mention of Adams’. After spending a decade trying to prove that he negatives are Adams’, it looks like Norsigian is finally throwing in the towel.