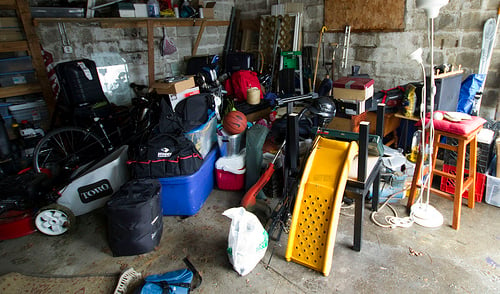 Rick Norsigian, a painter based in Fresno, California, was browsing through a garage sale in 2000 when he came across two small boxes with 65 glass plate negatives. He was able to purchase the photographs for $45 after bargaining them down from $70. Now it turns out he made one of the biggest finds in photographic history.

Experts are now saying that the negatives were created by Ansel Adams between 1919 and the 1930’s — before Adams became famous — and that the photographs could be worth at least $200 million.

The previous owner purchased the plates at a warehouse salvage in Los Angeles prior to selling them to Norsigian.

TIME reports that although experts have concluded that the photos are indeed by Adams, some remain skeptical. Matthew Adams, the grandson of Ansel Adams, is reported as saying,

Mr. Norsigian has been claiming these negatives were made by Ansel Adams for many years. I am unaware of anyone knowledgeable agreeing with him.

Next time you’re at a garage sale or warehouse salvage, give those old looking negatives an extra hard look. You never know what you might find.