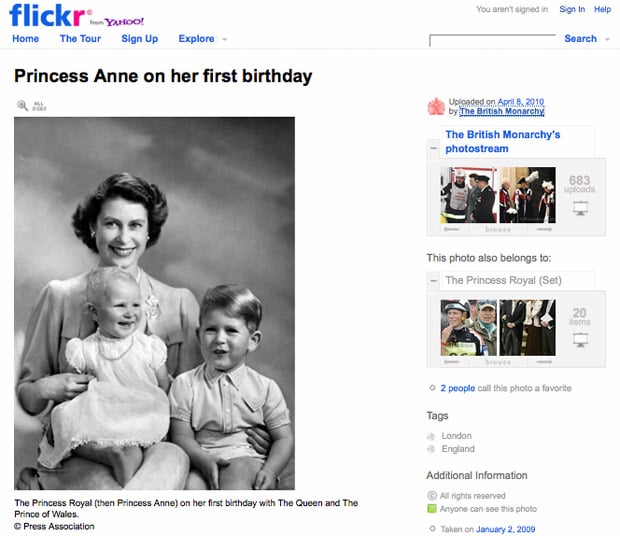 The Royal Family is really getting into social media: in addition to their YouTube channel, Twitter, and series of iTunes podcasts, the Family now has a Flickr account which went live to the public this morning. Currently, the British Monarchy’s photostream contains 683 uploads of both recent and older historical photographs. According to an announcement from the Royal Collection, photos will be continually added to the account. The Flickr account launch was scheduled to coincide with the summer opening of Buckingham Palace. Some of the images featured on the photo-sharing site are to be featured in the exhibit, The Queen’s Year, which opens tomorrow at the Palace.