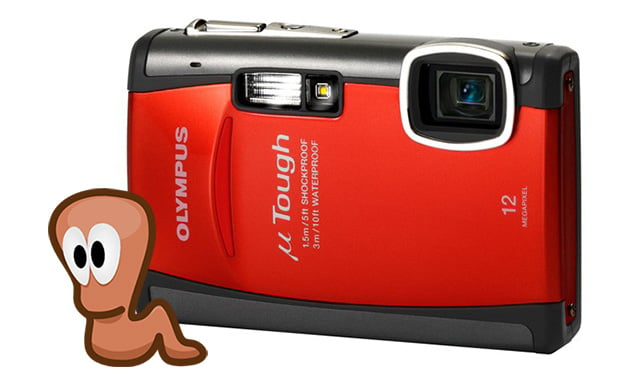 Olympus Japan released a notice to customers yesterday warning that 1,709 of their Stylus Tough 6010 point-and-shoot cameras were accidentally shipped preloaded with a worm. While the camera is not at risk, Windows users may be infected when the camera is connected to their computer via USB.

To check whether the advisory applies to you, look up the serial number on the bottom of your camera using this search widget provided on the Olympus Japan page. You’ll probably need to use Google Translate on the page to understand what’s going on, since everything’s in Japanese.

This definitely isn’t the first time consumer electronics have shipped with malware — another gadget that had the same issue was Apple’s Video iPod. Earlier this year, IBM also passed out free USB drives infected with two pieces of malware… at a security conference.