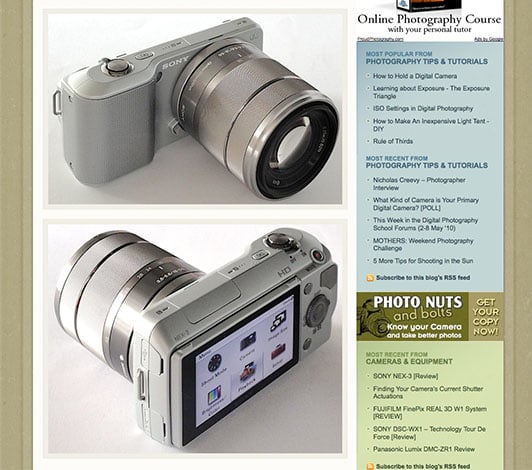 Everyone knows that Sony’s going to announce the new NEX-3 and NEX-5 cameras at a big press event tomorrow. However, it looks like Digital Photography School accidentally let the cat out of the bag by publishing their review a day too soon. The review was published and taken down within the span of an hour. Here’s how it started:

A few days ago I could tell nobody about this newbie. I was under an NDA (Non Disclosure Agreement) from Sony. The Sony NEX-3 was a hot camera!

So Sony gave me a review unit of the Sony NEX-3 three days, explaining that they were so fearful of leaks that a Sony person would collect it from me when my time was up: “Can’t trust couriers — they’ve been known to open up boxes and leak the info to competitors!”

That’s pretty ironic, huh? Looks like Sony just had an Apple experience. My guess is that the embargo ended at 4pm on May 11th after the press event, but Digital Photography School accidentally scheduled their review to be published at 4pm on May 10th, a day early.

One thing I found interesting about the camera is how the LCD swivels in both directions vertically: 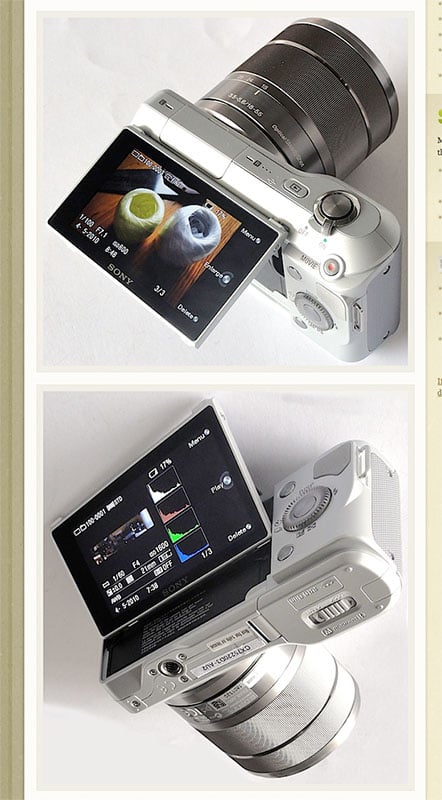 Here are the official specifications according to the review:

Seven frames per second is pretty amazing. Did anything else in the photographs or specifications pop out to you?