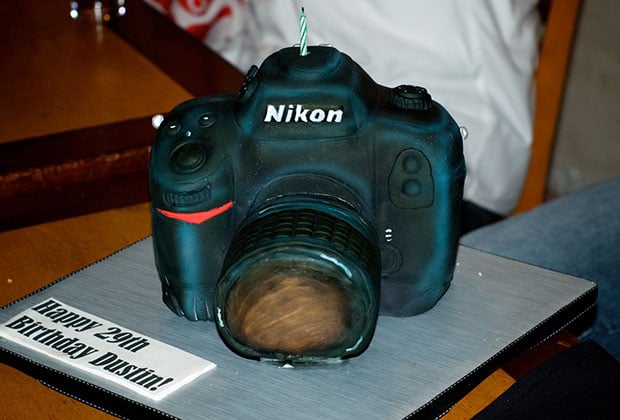 We’ve featured a couple posts on cakes shaped like Canon cameras recently, while Nikon has been underrepresented on this front. Well, we just received an email from Aimee over at True Beauty Photography with photographs of a Nikon DSLR birthday cake she surprised her husband Dustin with two years ago:

It was his 29th birthday and I planned a surprise dinner for him at Gordon Biersch in San Jose, CA. I invited his old friends from Sacramento and close friends from work. Tricked him into going to a guys night out with his best bud, and then surprised him at the bar with all his other friends! I gave the cake to the waiters to put in the fridge, and they were all gushing about how cool the cake was as they have never seen something like it before. They brought out the cake after dinner, and Dustin just couldn’t stop laughing and gushing (you can see it in the pictures :D). 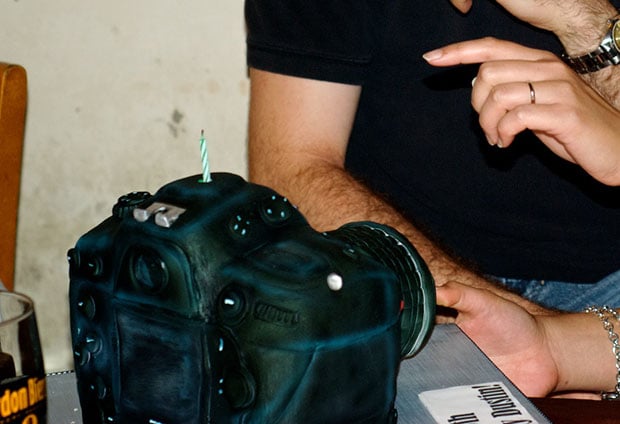 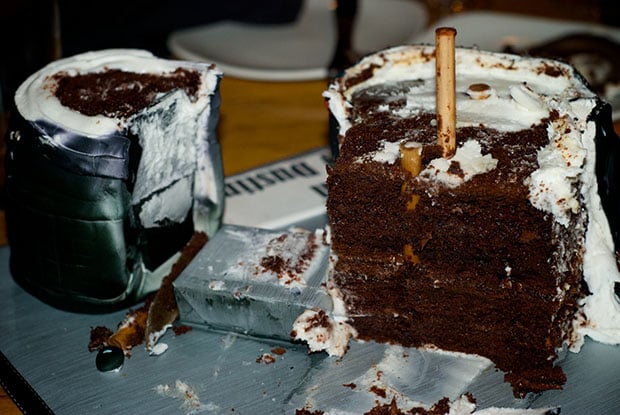 The cake was created by Debbie Does Cakes based in Oakland, California.

If you have other photos of cakes shaped like cameras, lenses, or anything related to photography, feel free to email them in to us!