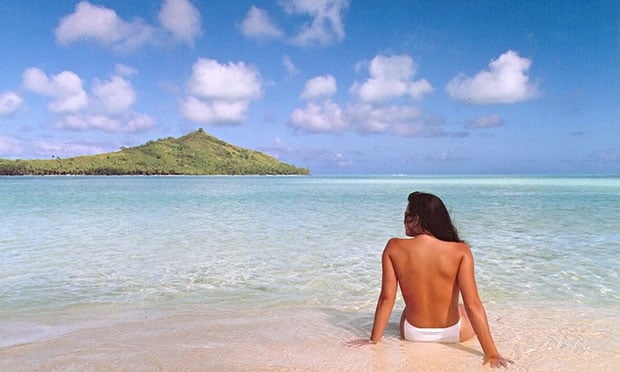 Recognize the photo above? Titled “Jennifer in Paradise,” it holds a special place in the history of digital photography: it’s the world’s first Photoshopped picture.


Photoshop creator John Knoll took the picture back in August 1988 while he and his girlfriend Jennifer Walters (now Jennifer Knoll) were vacationing in Bora Bora. Shortly after snapping the picture of Jennifer gazing out at To’opua island, John proposed to his future wife.

Later in his career, while developing Photoshop to compete against the early (and extremely pricey) image editing programs on the market, John found himself in need of sample photos to demonstrate his software’s capabilities. When given access to a flatbed scanner, John scanned a 4×6 print of his picture of Jennifer, naming it “Jennifer in Paradise.tif.”

From that time forward, John would often use the image when showing off his software, and would sometimes leave it bundled with early sample versions of the program as well.

And that’s how the photograph above became the first ever photo to be “‘shopped” in what is now Adobe Photoshop.