SnapSort is a new web application that’s super simple but surprisingly useful. Give it two camera models and it will give you a side by side comparison of the specs, as well as pick a winner for you. In addition, it lists pros, cons, and similar cameras for each camera.

The service was created by a team of four — two programmers, a CS professor, and a “serial entrepreneur”. Here’s a screenshot of a camera comparison: 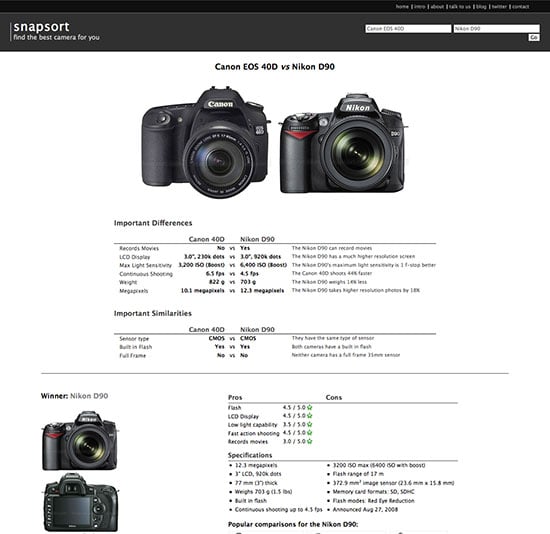 The website states that the service will eventually turn into a personal camera recommendation service. There’s no word on how SnapShot plans to generate revenue, but this type of application can do well with both advertising and affiliate sale business models (much like Flickr’s Camera Finder).

I’m pretty interested in seeing where this service goes, especially with such a large team behind it. If you’re currently in the market for a digital camera, give SnapSort a try!

The Million Dollar Homepage of Photography