While an undergrad at UC Berkeley, I took an advanced photography course in which each student worked on a semester long project with the theme “Downtown Berkeley”. For part of the project, we were told to do a general survey of the area, and I spent hours walking up and down the downtown streets.

On one particular occasion, I wandered past a seemingly tight-knit group of homeless friends, sitting on the side of Shattuck Avenue. Approaching a single stranger is often difficult enough, but I decided to try and befriend the group since I felt like the opportunity was too good to pass up. Turning around, I struck up a conversation with a couple of the guys in the group. I was also carrying some bubble gum that I often offered to people in exchange for portraits (I’ll cover this in a later post), and gave some to the group. After warming up to me, they were more than willing to have their portraits taken for my class. 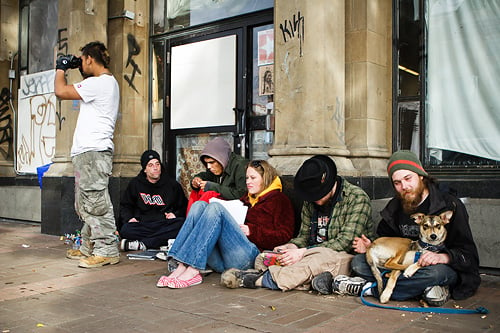 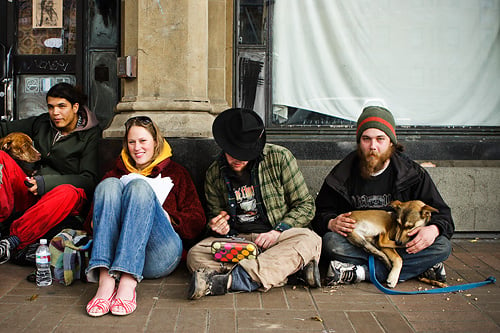 I discovered that making a stranger comfortable with your presence is extremely important, and determines the kind of portraits you’ll end up with. If you can make someone drop their guard, they’ll be much more animated and natural in front of your camera. 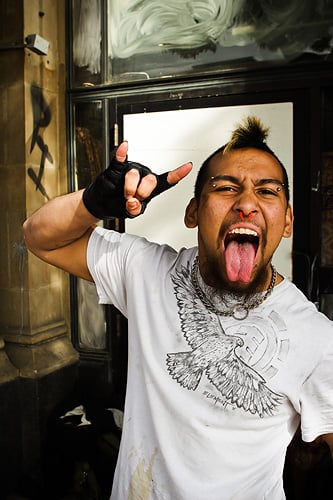 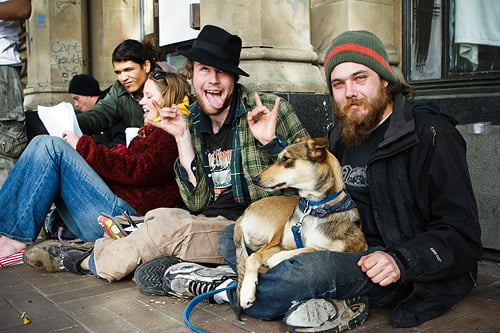 If you spend enough time, build enough of a relationship, and take enough photographs, you’re bound to find a “keeper” afterwards. This ended up being a photograph that helped me win 3rd prize in a pretty prestigious photography contest (the Eisner Prize): 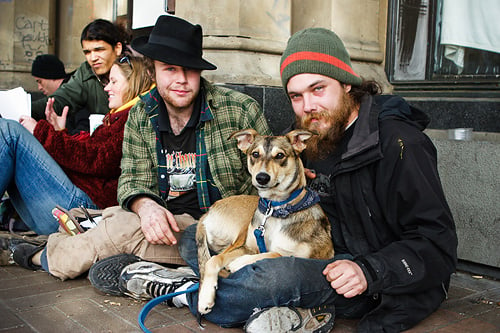 Taking portraits of strangers you meet on the street definitely isn’t as difficult or scary as you might think. You just need to be bold, friendly, and persistent.

Make Your Own Aluminum Foil Reflector