Ghislaine Maxwell has claimed that the infamous photo showing Prince Andrew with his arm around Virginia Guiffre’s waist is “fake.”

In an interview from prison with TalkTV, Maxwell questioned the authenticity of the 2001 photograph that has come to represent Guiffre’s sexual abuse allegations against Andrew. 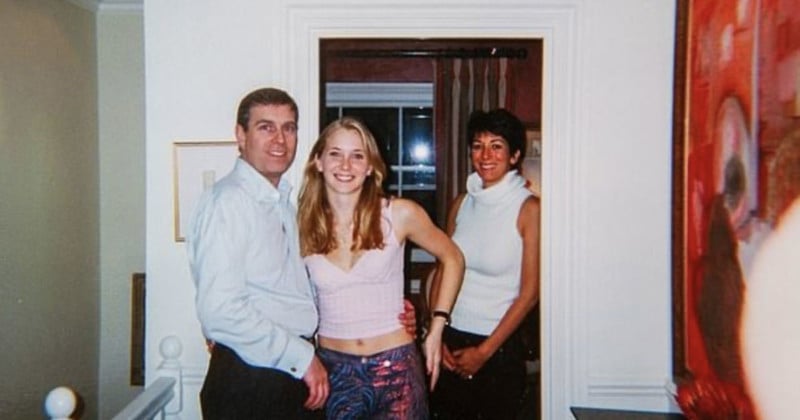 Maxwell also appears inside her home in Mayfair, London in the photo alongside a then 17-year-old trafficking victim Giuffre.

Speaking from a Florida prison where she is serving 20 years for sex trafficking underage girls for Jeffrey Epstein, Maxwell says: “It [the photo] is a fake.”

“There’s never been an original and further there is no photograph. I’ve only ever seen a photocopy of it.”

In an additional clip from the interview that was shared with The Sun, Maxwell suggests that the image was Photoshopped.

“I have no memory of them [Guiffre and Andrew] meeting. And I don’t think that picture is real,” she says.

“There is no original of that photo, [just] copies of copies and parts of it, according to some experts, look like it has been photoshopped. I don’t remember her in my home.”

Jeremy Kyle speaks to arguably the world's most notorious female prisoner from behind bars as she lifts the lid on Jeffrey Epstein, Prince Andrew and the late Queen.

The interview with Maxwell was conducted in August by journalist Daphne Barak.

Clips were released by TalkTV on Sunday and the full interview will be released on Monday in its Jeremy Kyle Live show.

It is Maxwell’s first interview since she was imprisoned in July 2020.

In February 2022, Andrew settled a sexual assault case filed against him by Giuffre for an undisclosed sum reported to be around $3 million.

Giuffre alleged that she was trafficked by Epstein and Maxwell, to among others, Andrew, King Charles III’s younger brother.

She sued the prince in a U.S. court, claiming they had sex in London when she was 17 and a minor under U.S. law.

The photograph of Andrew with his arm around Giuffre’s waist and Maxwell standing next to them is considered pivotal to her claim against the prince.

In an interview with BBC Newsnight in 2019, Andrew also questioned the validity of the photo showing him with Giuffre.

He claimed that the photo could not have been taken in London as he is seen in “traveling clothes.” He also said that it is not possible to prove whether the image had been faked.

Meanwhile, Giuffre insisted to BBC Panorama that the image was “authentic” and that she gave the original photo to the FBI in 2011.

According to a report by The Times of London on Sunday, Andrew is now “considering a legal bid” to overturn the multimillion-dollar settlement with Giuffre.