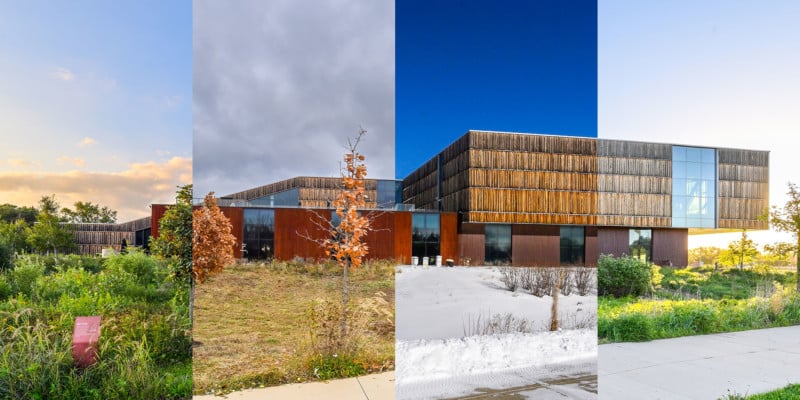 A photographer spent over a year capturing this beautiful image showing all four seasons affecting the Bell Museum of Natural History at the University of Minnesota.

Joe Szurszewski captured the novel composite picture that required a lot of patience and planning. He tells PetaPixel that he was approached by the museum for the ambitious project all the way back in the summer of 2021.

“The biggest challenge in capturing the ‘same’ photo at different times of the year was figuring out how to put my tripod in exactly the same location every time,” Szurszewski explains.

“Most of the many other variables could be quantified (camera & lens settings, focus point, et cetera), and I used a hot-shoe mounted bubble level to make sure the camera was absolutely level for every shot.” 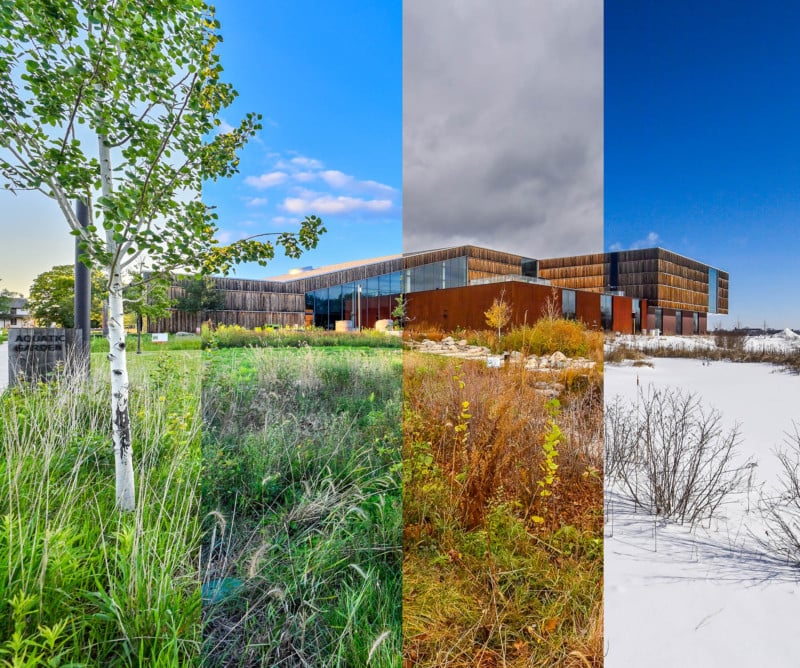 Initally Szurszewski was nervous since he had never pulled off a photo composite like this one. So, despite the Bell Museum only wanting one location — he shot three.

“I wanted some margin for error since it would be impossible to go back in time to reshoot one of the component shots in a previous season if something didn’t work at one of the locations,” he says. 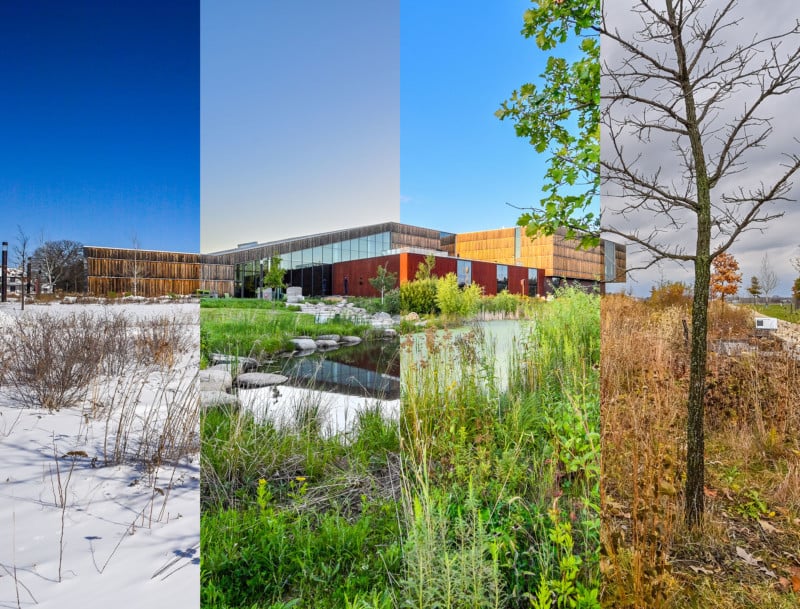 Fortunately for Szurszewski all three locations resulted in great shots and that was partly down to his careful planning so that the shots lined up.

“I chose to triangulate the tripod locations using landmarks that were unlikely to move or disappear,” he explains.

“Trees might die and be cut down, and anything manmade could be removed or relocated. In the end, I checked with the museum to make sure there were no plans for moving things on their grounds, and chose my landmarks accordingly.”

Szurszewski had the same camera and lens combination for every shot, using a Nikon D6 with a Nikkor 14-24mm f/2.8 lens attached.

“The lens always zoomed all the way back at 14mm, f/6.3, ISO 200. I set the D6 on a tripod, used a bubble level to get it absolutely level, and just varied the shutter speed to get the appropriate exposure,” he says.

“I also made notes on where my focus point was for each of the three locations so that this was also consistent.”

Szurszewski says he had to spend a long time learning how to composite his images correctly and then more time actually editing them in Photoshop. But he delivered the final images to clients this past fall to a thrilled client.