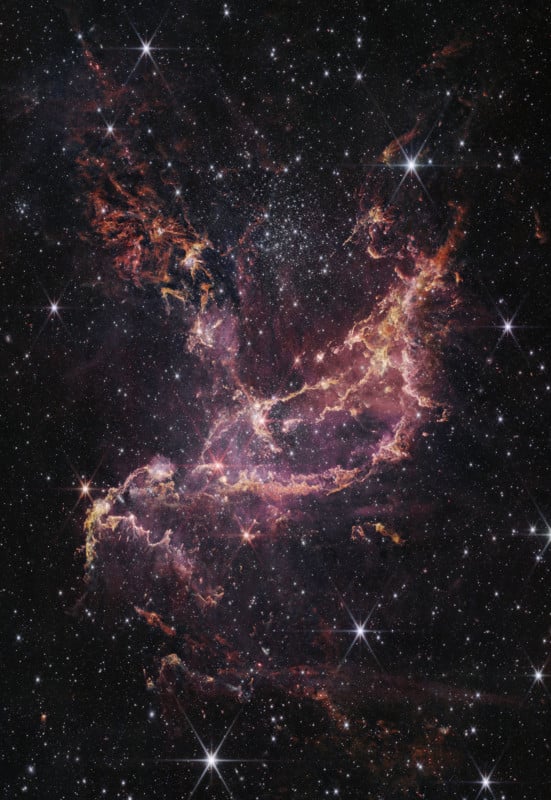 Scientists have been given an unprecedented glimpse into the early stages of the universe thanks to new images from the James Webb Space Telescope (JWST).

The image shows NGC 346, a young cluster of stars more than 200,000 light-years from Earth. Located in the Small Magellanic Cloud (SMC), scientists have taken a particular interest in it because conditions there resemble those of the early universe 10 billion years ago when star formation was at its peak.

Astronomers hope that NGC 346 can provide answers on how the first stars formed during the “cosmic noon,” a period of rapid cosmic growth two or three billion years after the big bang. The fireworks of star formation that took place during the cosmic noon still shape the galaxies that surround Earth today.

The new 90-megapixel photo was captured by the Webb Telescope using its Near Infrared Camera (NIRCam) — just one of its set of impressive cameras — and pulls aside a veil of mystery that has enveloped the SMC of dwarf galaxy NGC 346 for some time. The Webb team says that astronomers are interested in this region because the conditions and amounts of metals within it resemble those seen in galaxies billions of years ago during an era they call “cosmic noon,” when star formation in the universe was at its peak.

“A galaxy during cosmic noon wouldn’t have one NGC 346 like the Small Magellanic Cloud does; it would have thousands of star-forming regions like this one,” Margaret Meixner, an astronomer at the Universities Space Research Association and principal investigator of the research team, says.

“But even if NGC 346 is now the one and only massive cluster furiously forming stars in its galaxy, it offers us a great opportunity to probe conditions that were in place at cosmic noon.”

Below is the same region as previously imaged by the Hubble Space Telescope: 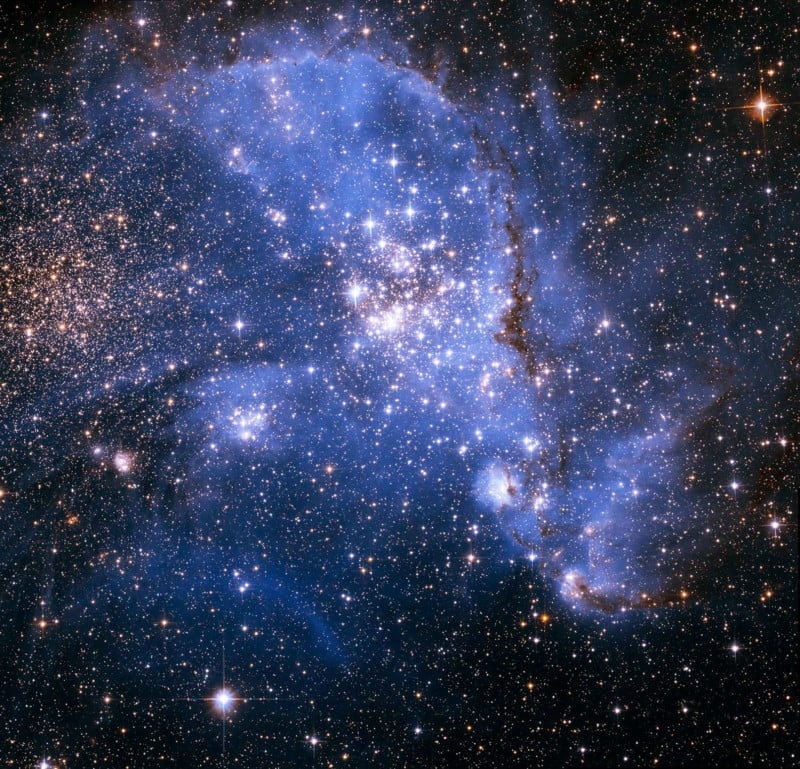 The goal of observing young protostars at the early stages of development is to allow researchers to learn if how they were formed differs from how it happened in the Milky Way Galaxy. Previously, scientists were only able to look at the stars in this region in the infrared spectrum that focused on protostars five to eight times the mass of the Sun, but with Webb, they can look to lighter-weight stars that are as small as one-tenth the size of the Sun to see if their formation process is affected by the lower metal content.

“We’re seeing the building blocks, not only of stars, but also potentially of planets,” Guido De Marchi of the European Space Agency, a co-investigator on the research team, says.

“And since the Small Magellanic Cloud has a similar environment to galaxies during cosmic noon, it’s possible that rocky planets could have formed earlier in the universe than we might have thought.”

The James Webb Space Telescope has proven hugely valuable to astronomers and scientists since it launched last year. Over that time, the telescope has been able to provide the highest resolution images of areas of the cosmos that have ever been taken and revealed new details of regions that scientists have been studying for decades.

James Webb’s full-resolution photo of NGC 346 can be downloaded from the Webb Telescope media gallery.