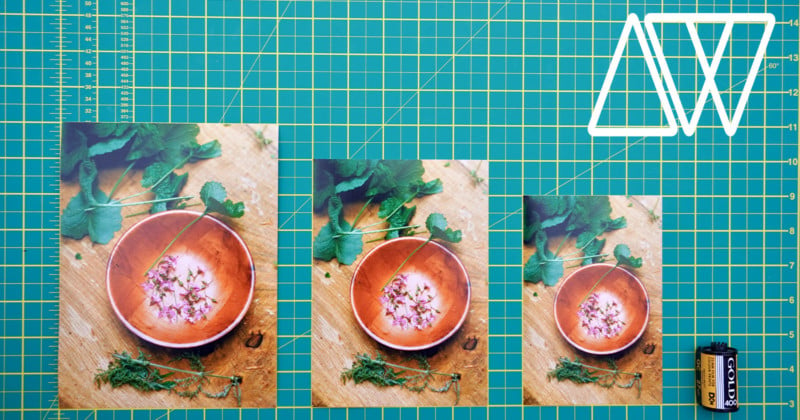 Analogue Wonderland has created what it calls an eco-friendly system that lets photographers select only the shots they want printed from a full roll of film.

The company says that it realized photographers are not likely going to want prints of every photo on a roll of film, which means that every time a photographer asks for prints to be mailed along with developed negatives, a large number of those prints will be discarded — Analogue Wonderland estimates between 50% and 80%.

QQ: thinking back to the last roll of 35mm film you had developed – if there was a magic button in front of you right now – how many of the images would you honestly choose to print?#BelieveInFilm

“This represents a huge environmental waste — every one of those prints takes paper, ink, electricity, and shipping — irrespective of the quality of the focus, colors, and composition,” the company says.

“On the other extreme there are photographers who never choose prints, worried about the risk or lacking the confidence to bet that something magical will have been captured. This is an entirely different type of waste — artistic instead of environmental — but equally avoidable.”

Analogue Wonderland says that while there have been advances in technology since minilabs have been introduced, most are still using systems inherited from the 1990s. The company says it decided there had to be a better way, and developed one.

The company does agree that with a good local photo lab, photographers have been able to drop by and talk to a lab technician to select the photos they want printed manually.

“However, here in the UK that facility has pretty much disappeared, replaced by mail order or high street labs that take print orders up front — before developing the film,” the company says.

“And if you don’t want to do that and want to be choiceful instead, then you have to download and review the images on your own device, re-upload the ones you like back into some kind of file management system through the lab’s website, and order prints that way,” Analogue Wonderland continues, adding that such a format is available through it, too.

“But what we’ve found in our research is that lots of film photographers never take those extra steps. It’s a bit clunky, it needs you to remember to download and review the photos, and as a result very few images ever end up being printed,” Analogue Wonderland continues. “By removing those steps and making it super easy to review the scans (effectively a digital contact sheet!) and choose what to print from there — you can easily get your photography into print, and they will still be sent back to you in the same envelope.” 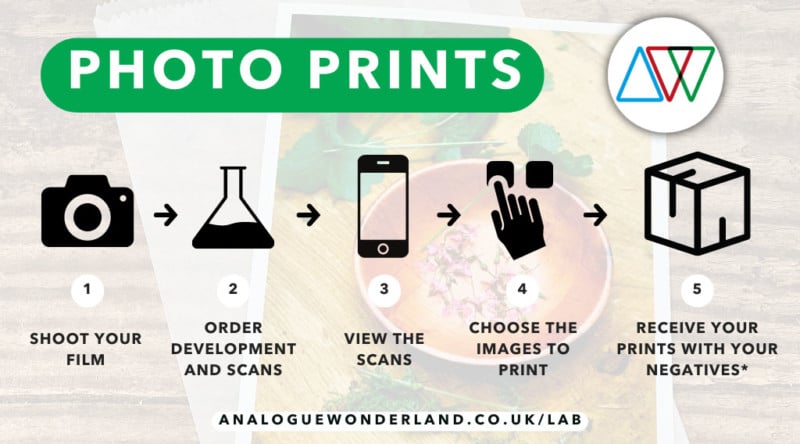 Analogue Wonderland says that this process is more eco-friendly, results in higher quality prints since its editing team has the opportunity to fine-tune color, contrast, and crop the image before sending it to the printer, and the system is no less convenient than other established methods and there is no requirement to download, change, or reupload images.

The company says that it isn’t aware of any other lab in the world that does this — adding that it has been looking diligently — which is why it had to write the entire software that manages this system from scratch.

“There was no existing architecture we could find on any platform and none of the software agencies we pitched could find any either,” Analogue Wonderland says. “We hope that this change encourages photographers to generate more prints of the images that they’re proud of – spreading the joy of analogue image-making without unnecessary waste!”