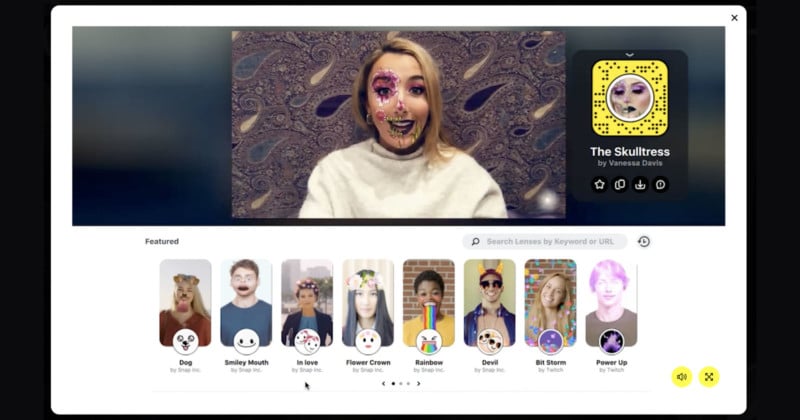 In a return to the old normal, Snap Camera, which added filters to Zoom calls, is going away.

Users might remember the Snap Camera feature from early lockdown hits such as “Lawyer Turned Into a Kitten” and “Potato Employee.” Snap’s filter app actually came out back in 2018, but in the spring of 2020 when many workers were using Zoom all day — some for the first time — the app really began to shine.

However, Snap Camera will shut down later this month, according to parent company Snap. Not only will users no longer be able to download the filter app, but it won’t be usable on any computers on which it is currently installed anymore, either.

It’s not wholly unsurprising as the remote work conversation moves from virtual meeting etiquette to questions of when, how, and how often workers will be asked to go back to the office. Apps like Zoom and Google Meet have also added more extensive built-in filters that don’t require a separate app like Snap Camera. Even still, as the novelty of lockdown wore off, very likley did the charm of “fun” filters.

Users who have continued to use the Snap Camera app, whether for levity or simply for some more subtle privacy to avoid their homes being on display, will have to uninstall the app and may have to change their go-to camera in video settings.

The Snap Camera app will cap its lens for the final time on January 25.

Though, Snap notes, users can still play with Lenses for Snapchat on Web — for the five people that actually use it.

However, despite the viral posts many associate Snap Camera with from Zoom calls, it’s the streamers the app was built for years prior that seem to be most lamenting the death of the feature. Twitch streamers have shared the news and possible ways to save Lenses on Twitter.

If you're a streamer using Snap Camera its about to be killed. Their Web tool alt does nothing the desktop client does (hotkeys, lens search, lens favorites) and @Snap @Snapchat has no info but this. I'm done developing AR lenses here if they're just going to kill creator tools. pic.twitter.com/tWe7dLdXEC

🚨ATTENTION SNAP CAMERA ENJOYERS🚨
I have made a comprehensive video on the whole Snap Camera shutdown, including how to back up your lenses, cut off it's access to the internet AND a third party solution that's in the works that will save Snap Camera.https://t.co/NNdG8GLxFz

The idea to keep the service going involves isolating the app and caching Lenses for offline use. Of course, there’s no way to reliably test this, as the app hasn’t gone offline yet.

This is the saddest news omgggg I love my stream filters… it’s so fun and engaging 😔 #snapcamera https://t.co/jUHegrEeKA

In the meantime, maybe bust out a throwback potato filter on your next Zoom call, for old times’ sake.